In, Space Alert, the missions takes about 10 minutes to play. It's the task of the players to protect the ship until the mission is completed. During play, the central computer will announce the presence of various threats and players must together coordinate actions (moving around the ship, firing weapons, distributing energy, using battlebots,...) to take care of each task and threat.

After the 10 minutes are up, you move into the resolution round and see how you actually did. Points are calculated based on the number of threats handled and the amount of damage their ship sustained. Only a well working team can win this game. An Exploration Campaign consists of up to three consecutive missions. Your goal is to score as many points as possible. Damage to your ship is cumulative throughout the campaign, but you can make a few repairs. You get to choose a difficulty level before each mission, and you can even decide to quit the campaign and score points for only one or two missions. If you lose on any mission, you lose the entire campaign.

When choosing a difficulty level for normal and for serious threats or deciding whether to continue, you should all agree. If not, the most careful proposal wins. â€¦

Until they perform their X action, all weapons systems ignore them.

If the Phantom Fighter is targeted by a rocket (after it has revealed itself) the rocket is destroyed with no effect. 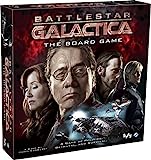 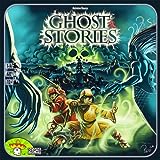 Roll for The Galaxy Board Game

How to Play Space Alert | Roll For Crit