Fanorona is a classical two-person strategic abstract game that comes from the island of Madagascar and is still popular there today. It is played on a rectangular board made up of two Alquerque boards with 22 plain black and white pieces.

Capturing is compulsory and a series of captures may be made by the same piece on a turn, as in checkers.

Unique aspects of the game include its method of capture (either approaching or withdrawing your piece from a line of enemy pieces), and the "vela partie" (debt game) after winning a decisive game (the winner must let the loser "eat" one man each turn for 17 consecutive moves).

Because of the density of the board (only one open spot at the games beginning) and the unique method of capture, strategy is complex and enigmatic, with fewer pieces often beating more pieces. (While very different, the game feels somewhat like Zertz due to the above).

Historical note from one game box: Some Fanorona matches were devoted to the Gods and last but not least the fate and colonialization of Madagascar (1895) supposed to be solved unbloody with Fanorona on the game table. Fanorona is a two-player ancient board game that originates in Madagascar and derived from Alquerque.

The goal of FANORONA is to capture all the opponent's pieces.

Initially 22 pieces of each color are placed on the board as shown on the following picture.

There are two kind of moves: non-capturing (called paika) and capturing moves: â€¦ 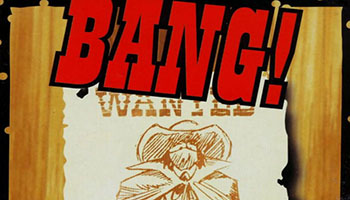