Arkham Horror is a cooperative adventure and horror board game. The game is set in the fictional town of Arkham, Massachusetts, made famous by H.P. Lovecraft in his writings about the Cthulhu Mythos.

Players take the role of investigators exploring the city, encountering places, people, and creatures both normal and mundane.

Through these adventures, the investigators hope to gain the clues and resources needed to confront and ultimately thwart the Mythos threat.

Early in the game, investigators seek to avoid more powerful monsters while moving around the city to gather weapons, spells, clues, and other items they will need. Later, the investigators attempt to close a few gates and seal some of the most active gates.

Finally, once several gates have been sealed and the investigators have acquired valuable weapons, spells, clues, and allies, they make one last, desperate assault on the Mythos, attempting to close or seal the final gates. Follow the steps below to prepare for a game of Arkham Horror. These are the basic abilities investigators use to accomplish things in the game. Every investigator has six skills, listed below. Investigators also have a value for each of these skills, depending on how they have positioned their skill sliders. A skill value represents the number of dice the investigator rolls for a check based on that skill.

Fight: Used for physical feats of strength and endurance. Also used in combat. When an investigator attempts to move out of an area containing a monster, or ends his movement in such an area, he must either fight the monster or evade it.

Eventually, all investigators have to face their fears and do battle with the Mythos. Whenever an investigator enters combat with a monster, resolve the following steps, in order.

First, the alien nature of the Mythos threatens to overwhelm the investigator's mind. This is represented by a Horror check.

A Horror check is a skill check using the investigator's Will value. This value is modified by the monster's horror rating (found in the lower-left corner of its combat side). … 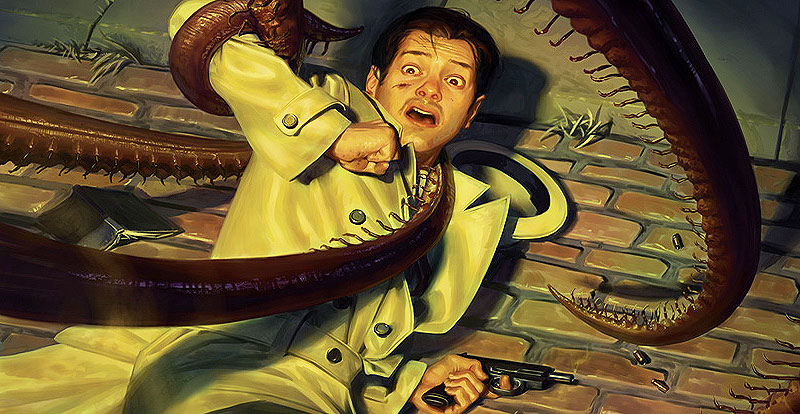 This section of the rules describes the various conditions that may affect an investigator during the course of the game.

As dimensional gates open in locations all over Arkham, the investigators must work to close or seal them.

Before he can close a gate, an investigator must enter the gate, explore the Other World it leads to, and then return to Arkham.

The Terror Track of Arkham Horror

The terror track shows the current terror level in Arkham - the current mental state of the city's inhabitants. Various things can raise the terror level, such as too many monsters entering the Outskirts or the effects of some Mythos cards. The terror level can never go down, so players should be very cautious about allowing it to increase.

The Ancient One Awakens 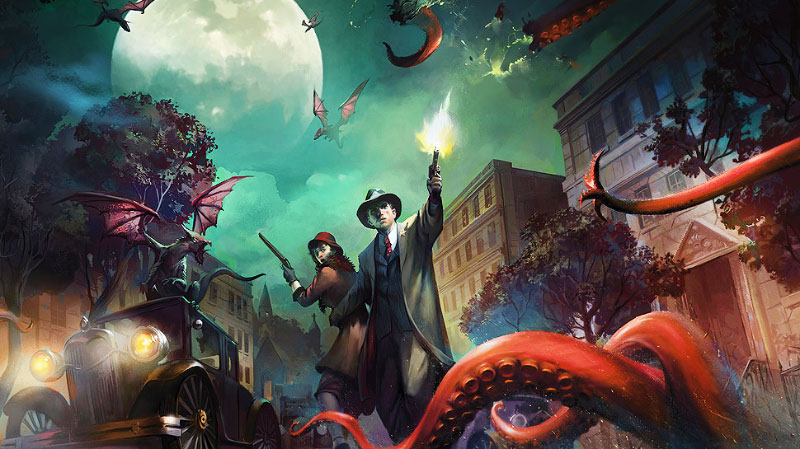 No matter how valiantly the investigators struggle, they are facing incredible odds. Despite their best efforts, the Ancient One may awaken and enter Arkham. If this comes to pass, the only thing the investigators can do is try to drive it back using the weapons and magic they've accumulated throughout the game.

There are five conditions under which the Ancient One may awaken.

If enough gates open, eventually the Ancient One's doom track will fill up with doom tokens, even if the investigators use all of the elder signs. When a doom token is placed on the last open space on the doom track, the Ancient One awakens immediately. …