Try to send your opponents' Trolls back to HOME and use Tiny Diamond to protect you from Delta Dawn (right), the mayor of the Country Trolls!

The POP-O-MATIC dice roller contains two dice: one with traditional numbers, the other with special symbols on three sides.

The youngest player goes first, and play moves to the left. On your turn, press the POP-O-MATIC dice roller and move as follows:


If you roll a number only:

Move one of your Trolls already on the track clockwise that many spaces.

Either move a Troll from your HOME to your START space or move one of your Trolls already on the track clockwise six spaces.


If you roll a number AND a special symbol:

Delta Dawn blocks your move, but other players can move a Troll from their HOME to their START space.

Tiny Diamond repels Delta Dawn and also prevents any of your Trolls from being sent home.

Place Tiny Diamond on the special space in your corner of the board, and move one of your Trolls already on the track the number of spaces shown on the numbered die.

While you have Tiny Diamond in your corner, you won't lose a turn when you roll Delta Dawn, and other players still get to move a Troll to their START space if possible.

But watch out! You must give Tiny Diamond away if another player rolls him on their turn.

The Hug Time advances a Troll around the board.

You may not swap with a Troll that is on a HOME or FINISH space.


Moving around the Board

Moving from Home to Start


Moving onto an Occupied Space

Moving onto the Finish Spaces

Landing on a Guitar Space

If you land on a GUITAR space by exact count, move your Troll along the String of Harmony to the next GUITAR and end your turn.

Get all four of your Trolls onto the FINISH spaces first! 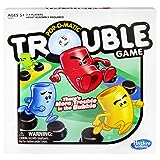 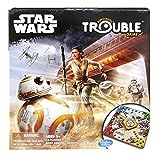 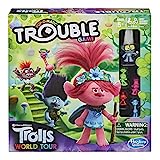