Published by: Math for Love

Prime Climb is a new board game that uses arithmetic to open a beautiful world of possibility. Players race to be the first to get to the center of the board while avoiding getting knocked back to the start by other players. Highlighting the power of the prime numbers, Prime Climb is mathematical, deep, creative, and fun.

Each player controls two pawns that start at the 0 circle. Players take turns rolling two 10-sided dice and applying the values to their two pawns using any of the four basic arithmetic operations: addition, subtraction, multiplication, and division.

The first to get both pawns into the 101 circle exactly wins the game! Be careful: if another player lands on you, you get sent back to the start. Along the way, players who land on the red circles collect Prime cards-some are helpful now, some are helpful later, and a few are trouble!

One of the great innovations of Prime Climb is the coloring scheme. Each of the prime numbers less than 10 has its own color: 2 is orange, 3 is green, 5 is blue, and 7 is purple. After 10, each prime number is red. Any number that is not a prime is a mix of colors that corresponds to its prime factors. For example, 14 = 2 x 7, so the 14 circle is half orange and half purple.

The color coding allows players a way to quickly analyze the factors and multiples of the numbers on the board. This helps players check their multiplication and division, and even allows kids who haven't yet learned multiplication to play the game. Lay out the board, shuffle the 24 Prime Cards, place two pawns on Start for each player, and roll the dice to decide who will play first. You're ready to go!

See the 101 circle? It's the big red circle at the center of the spiral. The goal of Prime Climb is to land both your pawns on 101 exactly.

Players take turns until someone wins by landing both pawns exactly on the 101 circle. You are never allowed to move a pawn past 101. All players begin the game with both pawns at the Start circle, which counts as 0. â€¦

In normal game play, Bump and Draw Phases happen after all your moves are completed. In Double Time, you bump and draw after each move of a pawn. You can draw two or more Prime cards per turn in Double Time.

Choose one or more prime number(s) between 30 and 80. Before a player can move any pawn to 101, they need to land a pawn on the chosen space(s). This is a good variation for players who have begun to master the strategy of the standard game. â€¦

A: No. Only take a card if you land on a circle that is entirely red, like 29.

Q: Can I apply a card to either pawn?

A: If it's a Keeper card, yes. Otherwise, Action cards apply to the pawn that is on the prime number. If both pawns are on red circles, then you may choose which pawn the card applies to. â€¦ 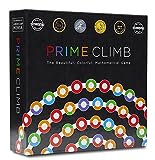 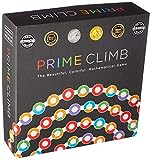