The Kingdom of Rolldovia is in turmoil. Her royal highness Queen Statisia, has decreed that there will be a new capital, after the beautiful city of Dienness was sacked by hordes of barbarians and bandits from the south.

As leaders of one of Rolldovia's influential noble families, players vie with each other to establish their provincial city as the best home for Rolldovia's new capital.

As the head of one such noble family you must choose its path in gaining the approval of all others in the kingdom - will you choose to press your claim through a strong military taking the fight to the bandits, through new and wondrous buildings, or perhaps even through opening up trade routes?

Whatever you choose you must manage your city and the land's natural resources carefully, making the best of your luck with good choices and sound strategy, while watching out for attacks from jealous rivals.

Dice City is a dice-crafting game where the buildings and locations in your city become the faces of your dice as your roll them each turn. 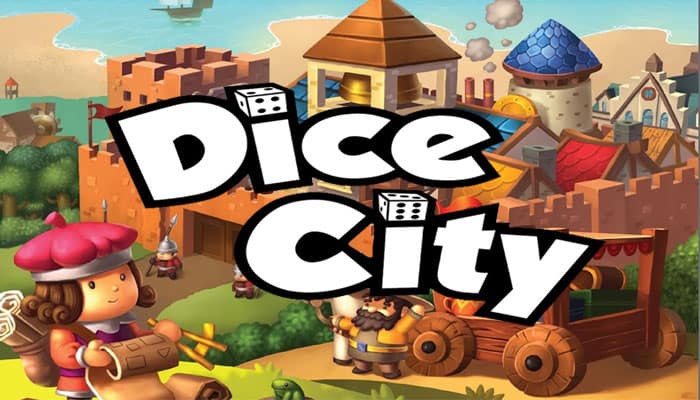 Players are nobles in charge of a growing city, attempting to build it up into the most prestigious population center in the country. You start with a player board and five different dice that represent your city.

During the game, you use dice to activate locations in order to gather resources, train armies, and build even more grandiose locations.

The player with the most VP at the end of the game wins. â€¦ To play a solitaire game of Dice City, you will need to make the following adjustments: 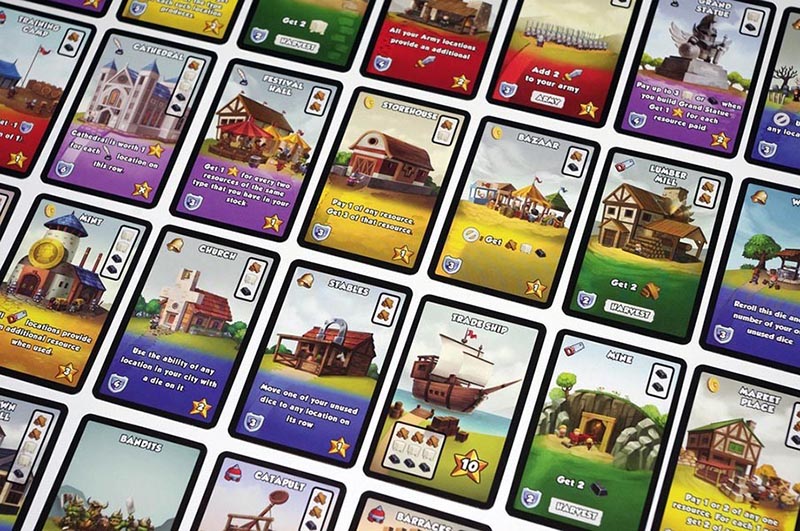 Q: If I use a Barracks, can I put a Regular Army on a space with a die on it and use it immediately?

Q: If I use the Blacksmith ability on the same turn as the Watchtower can the additional army strength be used against any target, or just the bandits?

A: It can be used against any target, as the Blacksmith provides an additional army strength that is not limited by the ability of the Watchtower. â€¦