Part of the "Lunch Box" line of games from Fundex. From the publisher's website:

"Nobody likes worms in their apples! Rid your apple of the pesky worms first and you win! Do whatever it takes -- pull worms out, give a worm to an opponent or even trade for an apple with fewer worms. Lunch box tin contains 4 plastic apples, 32 worms, spinner, and instructions."

Spin a spinner and follow the resulting action shown. The first to empty his apple piece of worms wins the game. 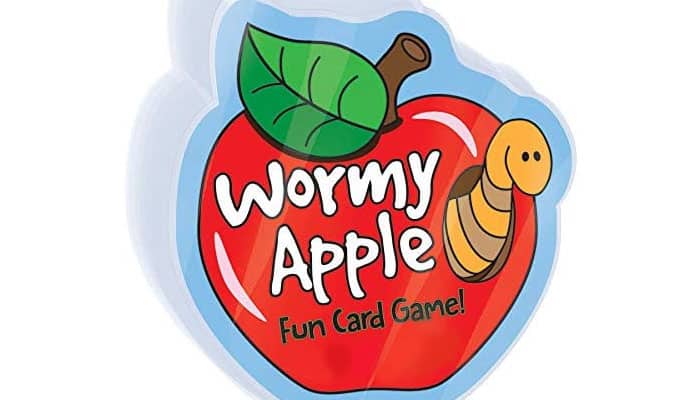 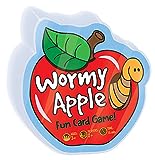