In the Shadow of the Emperor Fan Site In the Shadow of the Emperor is a tactical game for 2-4 players. Players represent aristocratic families at the Court of the Holy Roman Emperor.

Players seek to get their family members into influential positions with the various electorships of the Empire.

Once there they accumulate votes towards being elected to be Holy Roman Emperor.

Players choose actions for their family members to take, which allow them to wrest control of the various Elector States (each of which has a special ability in addition to its voting power) whilst displacing their opponents.

However, family members age and die and the number of action cards is limited, restricting the tactical options. As players build their influence they collect victory points and the player with the most points at the end of the game wins.

In the Shadow of the Emperor Game Rules 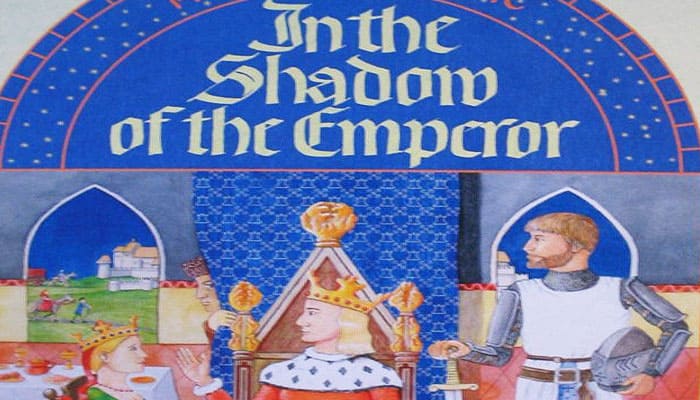 The game board shows the Thaler track, the Emperor's throne with the Round track, 3 spaces for the victory point cards, and 7 Electorates (upper row: 3 spritual electorates = Archdiocese, lower row: 4 secular electorates).

Germany in the late middle-ages: the players represent aristocratic families, trying to elevate their claims to the throne. To do this, players collect victory point cards by building cities, being promoted to elector, etc. â€¦

In the Shadow of the Emperor Action Cards

Privileges of the Current Electors The player may, in phase IV, use an action card that is normally used in phase IV, but is no longer available. He takes the action as though the card was available to take, including paying for it. â€¦

Shadow of the Emperor