Before inserting any Kittens into the deck, randomly remove about one third of the deck from the game (you will be playing with approximately two thirds of a deck, but you won't know which cards have been removed).

Then, shuffle the appropriate number of Exploding Kittens into the Draw Pile, and start the game.

Important: Play the Streaking Kittens expansion with the same number of Exploding Kittens as players!

While this card is in your hand, you can also secretly hold 1 Exploding Kitten without exploding.

If you take any action causing you to play an Exploding Kitten from your hand into the Discard Pile, you explode. You must defuse it or lose the game.

Why? Because it breaks the game. Don't break the game...the game loves you

End your turn without drawing a card. If you're supposed to take multiple turns, end them all (useful when you've been attacked).

Privately view the top 5 cards from the Draw Pile, and put them back in the same order. Don't show the cards to the other players.

Privately view the top 5 cards from the Draw Pile, and rearrange them in any order you'd like. Don't show the cards to the other players. 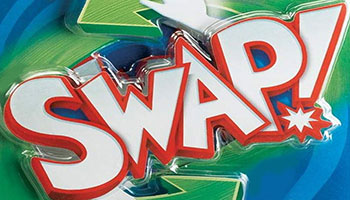 Swap the top and bottom cards of the Draw Pile without looking.

Every player who has cards (including the player who played this card) must choose 1 card from their hand to secretly insert into the Draw Pile. Then, shuffle the entire Draw Pile.

End your turn without drawing a card.

Pick a target player. Randomly pick 1 of their cards and 'mark' it by returning the card to their hand facing out to the other players. The card is still part of their hand (and they can look at it), but it must stay marked until it is played or stolen.

If a marked card is stolen, it doesn't stay marked.

Curse of the Cat Butt (2 Cards)

Pick a target player. That player must immediately make their cards blind by putting them face down on the table and shuffling them.

The blind player is not allowed to look at any of their cards until they successfully draw a card from the Draw Pile without exploding.

On their turn, if the blind player decides to play any cards, those cards must be picked randomly and played face up on the Discard Pile. If the card is playable, play as normal.

If you draw an Exploding Kitten (and don't have a Streaking Kitten), that does not count as successfully drawing a card. You must now play cards blindly until you play a Defuse.

All non-Defuse Cards played are lost without any effect. After successfully defusing the Exploding Kitten, you can return to non-blind play.

If you play a Favor Card while blind, you may look at the card you receive before turning it face down and shuffling it into your hand on the table.

If an opponent marks you while you are blind (or if you become blind while holding a marked card), the marked card must remain facing the opposite direction from the rest of your hand until it is played or stolen.


Blind Three of a Kind

If an opponent plays the "Three of a Kind" special combo on you while you are blind, find the card requested (if you have it), give it to them, then put your cards back on the table blind and shuffle them.

If Garbage Collection is played while you are blind, you must pick a card to contribute without looking at your cards.

After you have made your selection, you may secretly view the card (so that if you've accidentally given up a Streaking Kitten and you're left with an Exploding Kitten in your hand, you can try to defuse it).