When playing Everdell solo, you will be competing against a cantankerous old rodent known as Rugwort, and his pack of rowdy, rambunctious, rat ruffians. He will be returning to Everdell for three years in a row, each time bearing a new title of nastiness.

You must find a way to overcome his dastardly tricks and rid Everdell of his filth once and for all.


Year One: "Rugwort the Rascal"

Select a player color for Rugwort (he prefers black) and setup the game according to the two-player setup. You have a starting hand of 5 cards, and Rugwort does not have a hand of cards.

Take one of Rugwort's workers and place it on the top-left Forest card, blocking it. Place his other worker on the 3 twig action space, blocking it.

Play the game as normal with these new rules:

The cards are numbered 1-8, with the top-left being 1 and the bottom-right being 8. For Rugwort's city, place his cards in stacks according to colored types so you can clearly see how many he has of each color. The card's ability and point value do not matter. Replenish the Meadow card after he has played his card.

During the spring Prepare for Season action, move his worker from the 3 twigs location to the 2 resin location.

In autumn, remove his worker from the 3rd Forest tile and place it instead on the 3-point Journey space.

Same rules as Year One with these additional rules:

Same rules as Year Two with these additional rules: 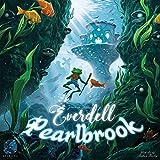 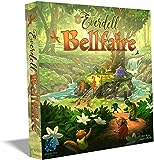