The fifth and final scenario plays very differently than the others. This cut-throat scenario pits survivors against each other in a contest to be the last one standing.

It is not really part of the main storyline, but has more replayability than the other scenarios and can be played on any terrain type.

This scenario has the following special rules:

At the start of the game, all project cards are placed faceup on the table. Survivors can craft any project when performing a craft action, and they never draw project cards.

If the terrain reference sheet specifies to use advanced project cards, those cards are also placed faceup on the table during setup.

When a survivor investigates a landmark, they do not draw the encounter card matching that landmark's number. Instead, they resolve a random #100 encounter card and place a counter in their space. Survivors cannot perform investigate actions in spaces with a counter.


Attacking other Survivors in Scenario 5

When playing scenario 5, survivors can attack other survivors, but not during the first day of the game.

A survivor can attack another survivor by spending three stamina and choosing a survivor in his or her space. The current survivor is the attaCKer and the chosen survivor is the defender. The attacker and defender are both combatants.

Combat between survivors uses the normal combat steps with the following clarifications.

The combat ends after step 3 (there is no retreat step). Survivors can perform as many attack actions as they wish during their turn but must spend stamina each time.

Each other survivor within two spaces of the combatants is a supporter and may play combat support cards before rolling dice as normal. The following rules also apply.

The "Overpower" support card deals additional damage to the defender. If the attacker suffers damage, the survivor who played this card suffers one 9 (physical) damage. 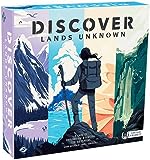