As a reminder, you can use 1 gold to cover up the 2 on the market. Should you already be able to sell cloth, it is not affected by the price decrease.

If this is the first event card to be drawn in chapter II, it has no effect on any player who had to go before the royal court at the end of chapter I.

Cover up all other building projects on the board with covering tiles. You may not help build them nor make donations to them. At the end of the chapter, you add a resource to the Prior's Palace only.

In the rare event that you don't have any of the required goods, you have been fortunate and lose nothing.

First, play your action card as usual. Then, let another player randomly draw a card from your hand to discard. You are allowed to look at the card that was drawn and discarded.

Should there be insufficient resources in the supply, use some sort of replacement markers (coins, pieces from other games, etc)..

When this card is played, the Tower is completed, so the metal resource and victory points are awarded by the King. 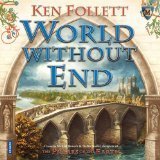 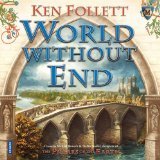 World with out End