Wildlife Safari was originally published by AMIGO Spiel + Freizeit GmbH as Flinke Pinke. This game is one of those 'painfully simple' Reiner Knizia games.

There are five different colored chips, with six cards, zero through five, in each of the colors. The cards are dealt out, and then players take turns playing a card and taking any available chip.

When one color has all six cards played on it, then the game is over, and players use the last card played in each category to value their chips. The highest total value wins.

A game of placement, shares and nerve by Reiner Knizia, this is a lovely edition with nice, heavy tiles akin to Mah-jong pieces in weight and feel. Players in turn lay numbered pieces on tracks curling to the centre, and then take a share in any color.

The round ends when a track is filled. Scoring is based on your total share multiplied by the value of the final tile played on each track. So if you are collecting blue shares, I'll try and lay a blue 1 as near last as possible.

Then you'll want to play a blue 5 to raise your possible score, but must take a share in a different color. Same game, different production. The youngest player takes the first turn in the first round, and play proceeds clockwise. … 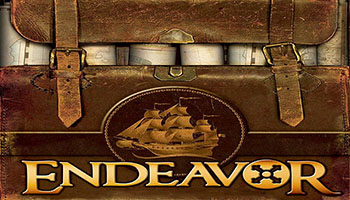