To be able to outmaneuver your opponent in placing hands and feet oh colored circles as directed by the spinner.

Stand in the positions as shown on the illustration.

Spin the spinner, Ref! Call out the color and which hand or foot to move (e.g. Left Hand Red!) All players must move their left hand to an empty red circle as quickly as possible.

The last player left in the game wins!

Tip: Good strategy is to advance toward an opponent in an attempt to keep him in his end of the vinyl sheet. This will give him a smaller area of circles on which to gain each position, without going under or over the advancing player.

Take turns performing the moves the ref calls out, e.g., the first spin is for Player 1, the second for Player 2 etc. This way, you'll all be making different twists and you could get even more tangled!

As soon as one player falls over or touches the mat with a knee or elbow, that team is out. Keep playing until only one team is left in the game. That team wins!

Each team plays every other team in the league. Keep score of victories and defeats to see which team will triumph!

The winning team stays on the mat and takes on new contenders until all the teams have played. The last team left in the game wins! 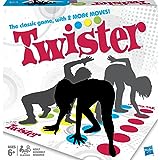 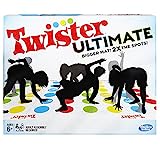 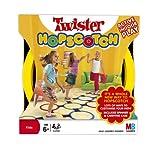