The Craftsmen of The Pillars of the Earth

The craftsmen are utilized near the end of each round for cathedral building.

On the lower picture edge of the card a formula shows how a craftsman can transform resources into victory points. The number in the resource symbol (on the left) indicates how many resources are required.

Example: The woodworker that each player begins the game with transforms 2 wood into 1 victory point. He has a capacity of 4, which allows him to at most transform 8 wood into 4 VPs during any given round.

As the game progresses, better craftsmen emerge, each with a better resource-to-VP scoring ratio and/or more capacity.

Besides the normal craftsmen who turn resources into victory points, there are several craftsmen with special abilities that only come into play at the end of each round:

Remember: Each player can engage only 5 craftsmen!

The three types of craftsmen that the players start the game are not as efficient at converting resources to victory points when compared to craftsmen available later in the game.

Since players may only engage 5 craftsmen at a time, old craftsmen are often exchanged during the game for new ones. However, these three beginning craftsmen (which are marked with an exclamation point on the cards) have some important additional functions that must be considered:

Note that there are craftsmen available in round one with the same name that also have the T symbol on them. You may upgrade your craftsmen to these versions without losing the above benefits.

Note: You have to decide if replacing a basic craftsman is worth losing the extra benefits, compared to the formulas the advanced craftsmen provide. 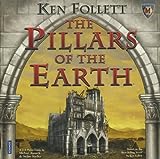 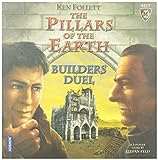 Pillars of the Earth: Builder's Duel