Each player builds their own metropolis in Quadropolis (first announced as City Mania), but they're competing with one another for the shops, parks, public services and other structures to be placed in them.

The game lasts four rounds, and in each round players first lay out tiles for the appropriate round at random on a 5x5 grid. Each player has four architects numbered 1-4 and on a turn, a player places an architect next to a row or column in the grid, claims the tile that's as far in as the number of the architect placed, places that tile in the appropriately numbered row or column on the player's 4x4 city board, then claims any resources associated with the tile.

When a player takes a tile, a figure is placed in this now-empty space and the next player cannot place an architect in the same row or column where this tile was located.

In addition, you can't place one architect on top of another, so each placement cuts off play options for you and everyone else later in the round. After all players have placed all four architects, the round ends, all remaining tiles are removed, and the tiles for the next round laid out.

After four rounds, the game ends. Players can move the inhabitants and energy among their tiles at any point during the game to see how to maximize their score. At game end, they then score for each of the six types of buildings depending on how well they build their city - as long as they have activated the buildings with inhabitants or energy as required:

Some buildings are worth victory points (VPs) on their own, and once players sum these values with what they've scored for each type of building in their city, whoever has the highest score wins. In Quadropolis you enact the role of the Mayor of a modern city. You will need to defi ne a global strategy to build your city according to your Inhabitants' needs and outmatch your opponents, sending your Architects to have various Buildings erected in your city. Each Building allows you to score victory points.

There are various types of Buildings with diff erent scoring patterns; many of them may be combined for better eff ect. Will you be able to meet the challenge and become the most prestigious Mayor in history? …

There are 6 types of Buildings in the Classic Mode of Quadropolis.

Remember: a Building must be activated in order to score VPs at the end of the game. The type of Resources required to activate a Building are identified with a small icon at the bottom right of each Building. … After a few games, you may want to take a new challenge with the Expert Mode. This variant is reserved to players who master the Classic mode and want to add a new twist to their games.

It also lasts longer as you will play 5 rounds instead of 4.

The paragraphs below explain the different set up and gameplay modifications.

Use your Player Mat on its Expert side.

The city is composed of 5 Districts, each with a different background. …

Shuffle the appropriate Public Service tiles from the expansion and form a face down stack next to the Construction Site. Then, follow the standard set-up as described in the base game rules.

At the beginning of the game, draw and reveal the first 4 tiles from the Public Service stack and place them face up next to the the Construction Site. … 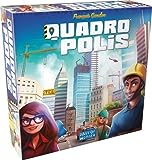 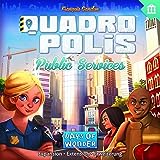