Mokuru Card Game is an ancient Japanese art that resides in the handling and control of a wooden object, the Mokuru. Only the cleverest and players with most dexterity can reach the highest belts.

And some of them can only pretend to reach the ultimate rank of Grandmaster. The goal is simple: be the first player to reach the Grand Master belt of the Mokuru Card Game.

The Mokuru is standing on one end. By knocking slightly on its upper part, there is a rotation, which is called a flip. The player must be able to stop the Mokuru standing to validate this rotation.

Here, to perform a flip, the player knock in orange party noted "Start". The Mokuru is doing 1 flip and must be stopped standing in its noted position "Stop". Some figures require 2, 3 or 4 rotations or more.

The belts board is placed between the players. Everyone chooses a pawn and place it on the "start" square.

"Trick" cards are mixed together and are arranged in a single pile face down next to the belts board. Tricks cards are composed of tricks and action cards.

The "Master Trick" cards are arranged in a second pile face down. The game can start.


Setup of the Difficulty

For example, on a same play, a new player will play in easy mode and an advanced one in hard mode.

Use one hand to start and stop the Mokuru. 3 try per trick.

Use only 2 fingers to start and stop the Mokuru. 3 try per trick.

Use one finger to start and stop the Mokuru. 3 try per trick.

Use one finger to start and stop the Mokuru. Only 1 try per trick.

The player who is most senior in a martial art starts to play or otherwise the younger.

The objective of the game is to pick tricks, making them

When it's his turn, the player draws a "Trick" card (card on blue background). He has 3 tries to achieve the figure with the chosen difficulty.

If he succeeds performing the challenge, he progresses on the belts board and it is the next player's turn.

If he fails, he remains in place and it is the next player's turn. Players progress on the belt board on belt after one belt till reaching the black belt.

"Actions" cards are mixed with "trick" cards. When you pick trick cards, sometime you will draw an action card.

Apply its effect immediately or keep it and draw a new cards for a trick.

If the new card drawn is an action card, this new action card is automatically discarded as a player can use or keep only 1 action card per turn. Draw a new card until you get a new trick card.

When a player reaches the black belt, in the next round, he must run a "Master Trick" challenge instead of a classic challenge to try to become Grand Master.

At his turn, he draws the first "Master Trick" card (card with yellow background).

If he manages to perform the challenge with the chosen difficulty, he became Grand Master and wins the game, otherwise, nothing happens and it's the next player's turn. At his turn, the player on the black belt draws a new card "Master Trick" etc...

Check here for more detailed information about all the cards.

Immunity card cannot be used for a master challenge.

Duel card in case of victory of a black belt player, does not make him progress on the belts board.

If a Darkness card is drawn while a player is black belt, he will receive a master challenge imposed by the possessed player. If he succeeds, he progresses and became grandmaster.

The game ends when a player arrives on the Grandmaster belt. 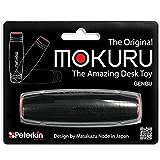