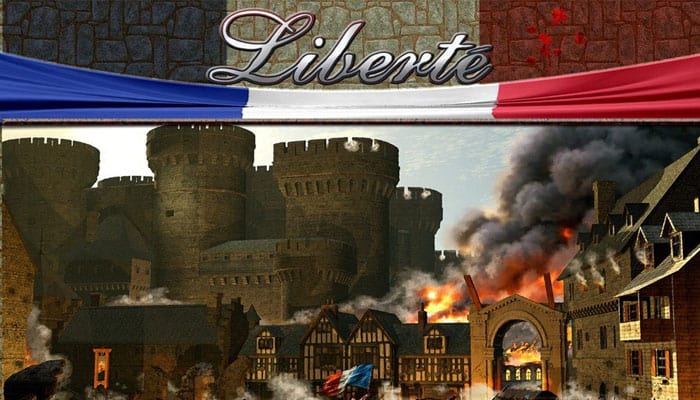 See back cover of rulebook for a graphical set up.

A turn is divided into the following Phases:


Each Phase is completed by all players in player order before proceeding to the next Phase.

During Turn 1, this Phase is skipped as the player order was determined during Set Up.

At the start of Turn 2, return the six Faction Blocks on the Turn Track to their respective supplies.

In Turns 2-4, the accrued VPs determine player order. The new start player is the player with the most VPs, followed by players with the next most VPs, and ending with the last-place player.

In case of a tie, decide randomly among those tied who will take precedence. Control Tokens are arranged on the Player Order Track to show the new player order.

During Turn 1, this Phase is skipped as the players' hands were dealt during Set Up.

In Turns 2-4, players return to their hand any cards in their personal display (there is no hand limit).

In player order, each player may discard as many cards as desired. Whether discarding or not, he then refills his hand to seven cards (unless already at seven or more in hand). Cards may be taken from those face-up next to the deck and/or drawn from the deck itself. Any face-up card taken is immediately replaced with the top card from the deck.

Each turn has a variable number of Action Rounds. A Round is completed once each player has taken one Action. Rounds are continued until one supply of Faction Blocks is exhausted and the last player takes the last Action of the Round.

In player order, each player takes one of the following three Actions:

In the unlikely event that a player does not wish to take an Action, he may pass. He may again take Actions if play returns to him during the same turn.


End Of The Action Phase

The Action Phase ends when one supply of Faction Blocks is exhausted. However, play continues until the last player has completed his Action in the current Round (i.e., all players have the same number of Actions during a turn).

During Turn 1, this Phase is skipped.

In case of a tie with the number of Control Tokens, each tied player in player order may advance one General. The player who advances the highest value General leads the Army and wins the VPs.

If the tie remains unbroken, nobody leads the Army; the Battle is considered a Lost Battle. If this happens, place a white Faction Block over the Battle (if none are available, place one after the elections have been resolved). A Lost Battle counts as a controlled Counter- Revolutionary Province.

If no General was advanced, no cards are discarded. Finally, all Control Tokens in the Battle Box are returned to their owners.

Example: Turn 2 is the "Battle of Valmy". Christie has 1 control token in the Battle Box and 1 General in her Personal Display; Joshua has 2 tokens and 1 General; and Max has 3 tokens but no General.

Although Max has the most control tokens, he is ineligible since he has no General. Between Christie and Joshua, Joshua has the most tokens and leads the army. Joshua scores 4 VPs and keeps his General as it was not advanced.

Elections are resolved as follows:

Remove all Control Tokens from the Presence in Government Box. Return the three Election Markers to the 0-space of the Election Track. Starting with 1-Normandie, proceed one Province at a time until all 27 elections have been resolved. Place the Province Marker on the Province being resolved to track the progress.

The election in a Province will normally return just one vote (Exception: Paris) to the faction with the highest single stack in a Province. The player controlling this stack takes one Faction Block from it and holds it until the end of the Election Phase.

The rest of the Faction Blocks (if any) remain in the Province. The winning faction's Election Marker advances one space on the Election Track.

With a stacking limit of three Faction Blocks, ties will be common. In case of a tie, each tied player in player order may advance one card. The faction color of his Card and stack must match in the contested Province (background color is irrelevant).

The player who advances the highest value card wins the Provincial election; he takes one Faction Block from his stack and advances that faction one space on the Election Track.

If the tie remains unbroken, no vote is registered.

Whenever there is a tie, whether it is broken or not, all remaining Faction Blocks in that Province are returned to the supply after the election has been resolved. This includes the Faction Blocks of any player not involved in the tie.

The 8-lle-de-France (Paris) election is resolved as normal with the following exceptions:

The red stack wins the election in the province, despite the fact that there is a total of 4 blue faction blocks. Christie takes 1 of the red faction blocks from her stack and holds it for now. The red election marker is moved up 1 space along the Election Track.

There is a tie, which means cards may be advanced. Christie goes before Joshua in player order. She advances Jean-Paul Marat (#71), who is a 3-value red personality. Joshua decides not to advance a card. Christie wins and takes all 3 of her faction blocks and holds them.

The red election marker is moved up 3 spaces on the Election Track. As there was a tie, all remaining faction blocks, including the white block, are removed from the province and returned to the supply. Christie discards the advanced Marat.


B. The New Government

If there is still a tie, repeat the process until the tie is broken or players are unable or unwilling to advance a card. If the tie remains unbroken, the Radicals win over the Moderates, who in turn win over the Royalists.

In case of a tie, each tied player in player order may advance one card. The player who advances the highest value card matching the faction color of the government/opposition wins the VPs.

If there is still a tie, repeat the process among those tied until the tie is broken or players are unable or unwilling to advance a card.

If the tie is broken for first place in the government, the player who lost the tie wins the second place VPs.

If the tie remains unbroken, the following occurs in each case:

Every player holding any votes matching the faction color of the new government has a presence in that government. Each of these players places one of his unused Control Tokens in the Presence in Government Box. presence is a prerequisite to playing some Special Cards.

All votes held by players are now returned to the supply. Faction Blocks on the board remain. The Turn Marker advances one space and a new Game Turn is started.

Special Cards may target any player, including the one who played the card. There are six types in the game:

Important: Once the end of the Action Phase has been triggered by exhausting one supply of Faction Blocks, the Phase cannot be extended even if a Special Card has returned Blocks from the board to the supply.

The Round will still end once the last player has taken his Action.

The game can end due to one of the following three conditions:


The player with the most White Points is the winner. Each player adds together the following:

Accrued VPs count for nothing. In case of a tie, the tied player with the highest total White Points on all the cards in his hand and personal display wins. If there is still a tie, all tied players share the win.