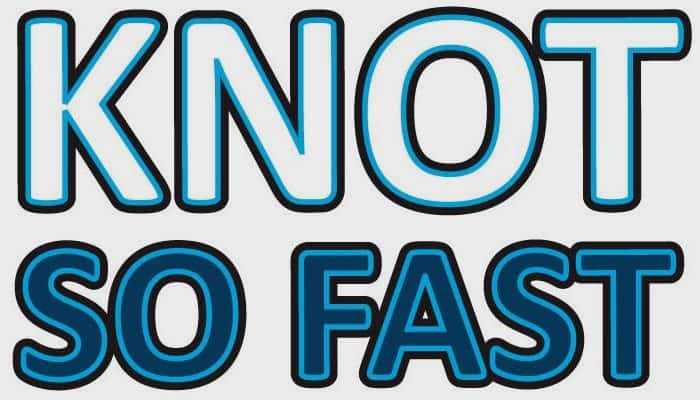 The knot challenges start easy to help you build confidence, the game rules make the game exciting to play, and we provide variations on the rules so that novices can compete against experts.

We have chosen the Knot So Fast challenges from six major categories. To identify which category a knot belongs to, look on the challenge page for the icon.

Stopper knots are usually used to stop a rope from slipping through a hole. They are also used to prevent the strands at the end of a rope from fraying, to weight a rope or to provide a handhold.

They are usually tied at the end of a rope, although some can be tied in the middle.

Binding knots are used to keep a rope from slipping or releasing its hold too easily, such as when tying up parcels. Avoid using a binding knot to join two lengths of rope or to tie a rope to an object, since the knot is likely to come undone under strain.

A bend is used to join two lengths of rope together, lengthening the principal rope. For most bends, the ropes need to be of equal thickness to tie a secure knot.

A few bends are suitable for joining ropes of two different thicknesses. A good bend can be easily untied, even after being put under considerable strain.

A hitch is used to tie a rope to an object, often a pole or a ring. Some hitches are designed to be tied quickly and hold tight, particularly those used by sailors, while others can be untied with a brief tug on one end.

Looped knots create a loop that may be tied to another object or line. A loop may be dropped loosely over an object to fix a rope in place, tied around a person's waist or wrist, or threaded through a ring or an eye of a hook.

Loops can also be linked together to join two ropes that are substantially different in thickness. Some loops are fixed in place, while others are designed to slip and change size.

Knots can be attractive and decorative in addition to being useful. Decorative knots often exhibit symmetric patterns which make them visually appealing.

Knots may be the earliest tools invented by humans-virtually all knots were invented using reasoning and craftsmanship to create new tools.

They were used to help make clothes and to hunt using spears and arrows; early sailors had to be masters at knot tying in order to survive.

The Knot So Fast challenges fall into ve major categories. Read about each category to get ideas on how you can use your knots.

The first team to pull the Tug-o'-War Scorekeeper all the way to its team's side WINS!

Place the deck of challenges within easy reach of all players. The first few times you play Knot So Fast, we recommend playing the challenges in numerical order (from Beginner to Expert).

Once you're familiar with the game, you may want to shuffle the deck and play the challenges in random order, or choose a small group of cards and play only those until you master them.

Play continues until one team pulls the Tug-o'-War Scorekeeper all the way to its side and wins the game!

The first player to score 8 points is the WINNER!

Each player takes a rope and a ring (opposite-colored rope from the ring). The players take a seat, where they can clearly see the challenge card.

You will need a pencil and paper to keep score (not included).

The first player to get 8 points wins the game! 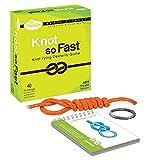 Knot So Fast with 40 Challenges 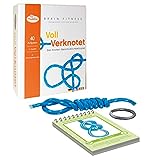