Be the first player to get rid of your 12 tokens. Get rid of tokens by correctly guessing the card on your head, or by "acting up" to help another player correctly guess their card.

your turn, you are the Guesser. You're trying to guess the Person, Place, or Thing on the card in your headband.

The Guesser rolls the die. The player whose headband matches the color of the die roll is the Actor (The Guesser's partner).

The Actor turns over the Timer and begins to "Act Up!" by acting out the Person, Place, or Thing on the Guesser's headband.


What if I roll my color, or one that's not being worn?

If the Guesser rolls their own color, or a color that isn't being worn by another player, ALL the other players "act up" simultaneously as Actors.

When "Acting Up!" you can make a motion, point, or do anything physical. You cannot talk or make a noise, use a prop, or spell out words using your hands.

The Guesser has 20 seconds to guess the card on his/her head. The Guesser can shout out as many answers as they'd like.

What If I Want a New Card

If a Guesser can't guess their card, they can take a new card from the draw pile and take a token from the bank, as a penalty. It is still their turn until time runs out.

The first player to get rid of all their tokens wins. If it's a tie, the winning Guesser and Actor both share the victory!

In a three-player game, each player gets two colors: their headband color, and a second color that's not being worn.

Place these two Player Cards in front of you to remind you of your colors. All other rules are the same.


For an Extra Competitive Game

Each player uses their Player Marker to hide their remaining tokens from view of the other players. That way, no one knows if they're helping a competitor with only one token left to win! 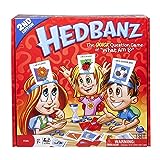 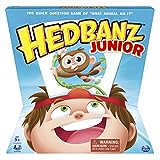 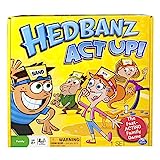