Don't Step In It! Game Rules Try to dodge the poops as you walk along the mat while wearing a blindfold.

The youngest player goes first! On your turn:

To win, step in the fewest poops as you walk blindfolded from one end of the mat to the other! Was it a tie? Play again until there's a clear poop-dodging champion!

Play as described above, but spin the spinner and add or remove poops (you don't need to rearrange them) before you put on the blindfold.

Then make your move! Can you dodge all the poops?

Don't Step In It 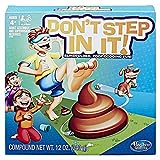 Don't Step In It Game 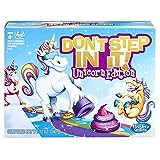