Costs are 1 coin lower for all purposes. For example, if you played Village, then Bridge, then Workshop, you could use Workshop to gain a Duchy (because Duchy now costs 4 coins due to the Bridge).

Then if you played 3 coins, you could buy a Silver (for 2 coins) and an Estate (for 1 coin). Cards in players' decks are also affected. The effect is cumulative; if you Throne Room a Bridge, all cards will cost 2 coins less this turn.

Costs never go below 0 coins. For this reason, if you play Bridge and then play Upgrade, you could trash a Copper (which still costs zero, even though you played Bridge) and gain a Pawn (which costs 1 after Bridge is played).

You evaluate whether or not Conspirator gives you +1 Card and +1 Action when you play it. If later in the turn you play more Action cards, you do not go back and reevaluate a Conspirator played earlier.

This just changes how much money you get when playing Copper. The effect is cumulative; if you use Throne Room on Coppersmith, each Copper that you play that turn will produce 3 coins.

You draw cards and add them to your hand before putting one back. The card you put on top of your deck can be any card in your new hand and doesn't have to be one of the 3 you just drew.

This does nothing until the end of the game, at which time it's worth 1

This is both an Action card and a Victory card. When you play it, you draw a card and may play another Action. At the end of the game, it's worth 1

This is both a Treasure card and a Victory card. You can play it for 2 coins, just like a Silver card. At the end of the game, it's worth 2

The card you gain must be from the Supply and is put into your discard pile. You get a bonus depending on what type of card you gained.

First you draw 2 cards. Next, each player (all at the same time) chooses a card from his hand and places it face down on the table between him and the player to his left. The player to the left then puts that card into his hand. Cards are passed simultaneously, so you may not look at the card you are receiving until you have chosen a card to pass.

Finally, you may trash a card from your hand. Only the player who played Masquerade may trash a card. This is not an Attack and cannot be responded to with Moat or Secret Chamber.

You must decide whether to trash Mining Village or not before moving on to other actions or other phases. You get a card and +2 Actions, whether you choose to trash it or not.

You get +1 Action whichever option you choose. The options are +2 coins, or everything after that - discarding, drawing 4 cards, and other players discarding and drawing.

This is both an Action card and a Victory card. When you play it, you choose either to draw 3 cards or to get 2 more Actions to use; you cannot mix and match. At the end of the game, this is worth 2

First pick any 2 of the 4 options. You cannot pick the same option twice. After picking both, do both, in either order. You may not choose to draw a card, look at the card drawn, and then make your second choice. 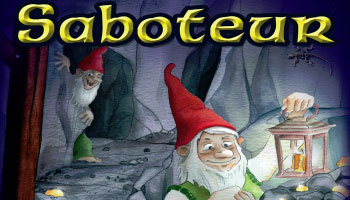 Each other player turns over the top cards of his deck until he reveals one costing 3 coins or more. If a player needs to shuffle to continue revealing cards, he does not shuffle in the already revealed cards.

For example, if he trashed a card costing 5 coins, he may gain a card costing up to 3 coins. The gained card must be from the Supply and is put into his discard pile, as are his revealed cards. Costs of cards are affected by Bridge.

If there are fewer than 4 cards left in your deck, reveal all the cards in your deck, shuffle your discard pile (which does not include currently revealed cards), and then reveal the remainder needed.

When you play this as an Action on your turn, you first discard any number of cards from your hand, then get 1 coin per card you discarded. You may choose to discard zero cards, but then you will get zero additional coins. The other ability does nothing at that time as it is only used as a Reaction.

When someone else plays an Attack card, you may reveal Secret Chamber from your hand. If you do, first you draw 2 cards, then you put any 2 cards from your hand on top of your deck (in any order).

The cards you put back do not have to be the ones you drew. You can put Secret Chamber itself on top of your deck; it's still in your hand when you reveal it.

You get 2 more Actions to use no matter what else happens. Then you must reveal your hand. If you have no Action cards in hand, you draw 2 cards. If the first card you draw is an Action card, you still draw the second card. Action - Victory cards are Action cards.

A player with no cards left in his Deck shuffles first; a player who still has no cards does not trash a card or gain a card. If the order matters (such as when piles are running low), resolve Swindler in turn order starting with the player to your left. Gained cards go to discard piles.

If a player trashes a 0-cost card such as Copper, you may choose to give him Curse (if there are any left). You can give a player another copy of the same card he trashed.

The gained cards have to be ones from the Supply, and you have to pick a card that's left if you can (you cannot pick an empty pile). If there are no cards in the Supply with the same cost as a given player's trashed card, no card is gained by that player. A player who Moats this does not reveal a card from his deck, and so neither trashes a card nor gains a card.

Each other player chooses which option to suffer and then suffers it. A player can choose to gain a Curse even when there are no Curses left, in which case he doesn't gain one; and a player can choose to discard 2 cards even if he has no cards in hand or one card in hand (if he has one card, he discards that single card).

Gained Curses go to the players' hands rather than their discard piles. If there aren't enough Curses left for everybody, deal them around in turn order starting with the player to your left. When the order matters (such as with very few Curses left), each player makes his decision of which fate to suffer in turn order.

If you have 2 or more cards, you must trash exactly 2 cards and gain a Silver card. The gained Silver card goes into your hand and can be spent the same turn.

If the player after you has fewer than 2 cards left in his deck, he reveals all the cards in his deck, shuffles his discard pile (which does not include currently revealed cards), and then reveals the remainder needed.

The player then discards the revealed cards. If the player after you does not have enough cards to reveal 2, he reveals what he can. You get bonuses for the types of cards revealed, counting only the different cards.

A card with 2 types gives you both bonuses. So if the player to your left reveals Copper and Harem, you get +4 coins and +2 cards; if he reveals 2 Silvers, you just get +2 coins. Curse produces no bonus.

Draw a card first. Then, you must trash a card from your hand and gain a card costing exactly 1 coin more than the trashed card. The gained card has to be a card in the Supply, and it goes into your discard pile.

If there are no cards available for that cost, you do not get one (you still trashed a card though). If you do not have a card in your hand to trash, you neither trash nor gain a card. Card costs are affected by Bridge.

Since Bridge affects the costs of the card you trash and the card you gain, in most cases the Bridge will have no net effect. But since cards cannot go below zero in cost, a Bridge played before an Upgrade would allow you to trash a Copper (cost of zero, even with the Bridge) and gain an Estate (cost of 1 as a result of the Bridge).