Many of the events have an effect on buildings. If you lose a building then you must hand back the City Area card that goes with it.

Roll the die to determine which area on the board will be hit by the dragon.

Remove all minions (including demons and trolls), any trouble marker, and any building from the area affected.

In player order, starting with the active player, each player must move their minions from the affected areas to adjacent areas.

You cannot move your minion to another area affected by flood. You can still move to an area adjacent to the river. Buildings, trolls, and demons remain in the areas and are not affected by flooding.

If the next area rolled is adjacent to the previous area and there is a building in it then remove that building too (the fire has spread).

You continue rolling in this manner until you roll an area that either does not contain a building or that is not adjacent to the last area you rolled.

Draw and discard the top five cards from the draw pile. Make sure you and the rest of the players can see which cards have been discarded.

If there are eight or more trouble markers on the board then the game ends immediately.

You now work out who has won by adding up points. Please note that if a player is Commander Vimes then they do not win at this stage, although they may still win on points.

Roll the die and remove any building in the area of the same number.

Repeat this procedure until all players have rolled the die once. If you roll an area and only you have minions there then you must remove one of them.


Demons from the Dungeon Dimensions

Roll the die four times and place one demon minion piece in each of the areas matching the numbers rolled. More than one demon can end up in an area.

If there is not a trouble marker in the area that a demon is placed in then place such a marker, even if there is no other minion in the area. While there are one or more demons in an area the power on the City Area card cannot be used and any building there has a value of zero.

The area also cannot be controlled by any player nor does it count as an occupied area for Vetinari. If an area still has one or more demons in it at the end of the game then nobody scores any points for minions or buildings there.

Demons can be moved or removed from the board in the same way as minions.

All players must pay $2 for each building they have on the board. If they cannot pay for a building then it is removed from the board.

Roll the die. If the City Area Card of the same number is in play then it is set to one side and is no longer in the game, i.e. the power on the card is not in effect.

Also, the owner of the card must remove one minion from the same area as the card.

The building still counts towards control of the area and retains its monetary value at the end of the game.

Roll the die three times and place one troll piece in each area of the same number. More than one troll can end up in an area. Remember to place a trouble marker if there is already one or more minions in the area.

Trolls are like minions, except they do not belong to any player. They affect your ability to control an area, in that you must treat them as belonging to 'another player'. You can move or remove them from the board in the same way as a minion.

Roll the die twice and remove any buildings from the areas of the same number, if any. 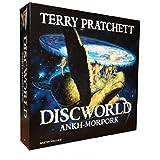 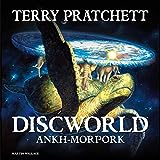