Coup is a bluffing and deduction card game where you are the head of a family in a corrupt Italian city-state.

Your goal is to be the last player with influence. For this, you need to manipulate, backstab, bluff and bribe to destroy the power of the other families.

In Coup, you will need to read both the game state and the players at the table to determine what to do. You can play it safe, tell the truth most of the time, and use diplomacy to target the people, or lie and play unpredictably.

Each player start the game with two coins and two cards facedown. There is a deck of 15 cards containing 3 copies of one of five different characters. These characters have all their own unique actions and powers:

The trick is that a player doesn't have to own the corresponding card. He can just bluf. The character's action succeeds unless an opponent challenges you.

In that case, the chanllenged player have to be able to reveal the appropriate character. If he can't or don't want, then he lose an influence and he must turn one of his character cards face-up and this influence can't be used anymore.

When both cards are face up, the player loses all his influence and he is out of the game.

Note that bad challenges are costly. If the challanged player can reveal the character card, then you will lose one influence. The same is true for blocking actions. If a player chooses to block an action, then another player can challenge that block. The player must show that he has the correct card.

Next to character actions, a player may choose also to take one the following 3 actions:

To win the game is based on bluffing and deduction. The game rules are very easy to learn.

Coup can be played between 2 and 6 players (age 10+). The average games take between 10 and 15 minutes depending on the number of players.

The game was originally published by La Mame Games, but currently by Indie Boards & Cards. In the not too distant future, the government is run for profit by a new "royal class" of multinational CEOs.

Their greed and absolute control of the economy has reduced all but a privileged few to lives of poverty and desperation.

Out of the oppressed masses rose The Resistance, an underground organization focused on overthrowing these powerful rulers. The valiant efforts of

The Resistance have created discord, intrigue, and weakness in the political courts of the noveau royal, bringing the government to brink of collapse. But for you, a powerful government official, this is your opportunity to manipulate, bribe and bluff your way into absolute power. â€¦ Driven by their successes, the resistance has gained popular support and entire regions are in open rebellion. In a desperate attempt to stay in control, some government leaders are publically supporting the reforms demanded by the resistance.

But allegiances are constantly shifting, and can be bought for the right price.

The opportunity for intrigue and bluff has never been greater.

The cost of failure couldn't be higher. Even with talk of reformation, only one can survive.

Reformation is an expansion to Coup, a copy of Coup is required to play. Reformation adds Allegiances - players are either in support of the government (Loyalists) or the resistance (Reformists). Reformation also includes the Inquisitor variant, and additional role cards to expand play up to 10 players. â€¦ 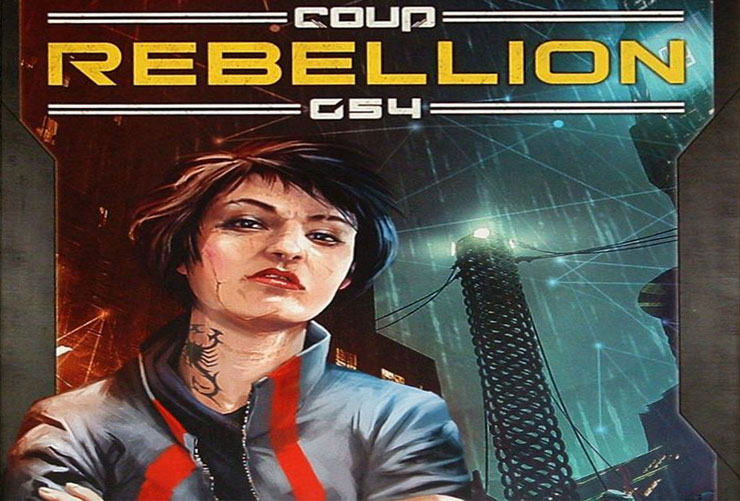 The extra roles in this Anarchy expansion are added to the base game. The rules for Anarchy are the same with the following exceptions:

Coup Review - with the Board Game Family

How to play Coup