During the game a player will produce many different events starting with simple ones and moving to more ambitious events. Each time a new event is presented, the Event Program of any previously produced events is turned over and counts for 5 additional spectators until the game ends.

A player may choose to repeat events that they have produced in previous turns. In this case, the player turns the older Event Program face up to show she is producing that event. Any other previously produced events still count as 5 additional spectators.

Any Event Programs held by the player that have not yet been produced are set aside and do not add 5 spectators.

For example, if a player is running her third event, 2 "old" Event Programs are turned over and count for 10 (5+5) additional spectators.

There are also three types of Special Event Asset Tokens:

A Joker can be used to replace any standard asset token. When the event is performed, the player can decide what asset the joker will be used for.

Note: A Joker is not used as part of the asset token count to determine if a player earns a Star Performer Award.

The Special Event Token can be used in two different ways:

The best producers are always able to attract the top performers. Among the asset types that include living performers, you will find Star Performers. These assets include the: Gladiators, Priests, Comedians, Musicians, Lions, Horses and Ships (with their live crews).

The first player to collect 3 (or more) matching Event Asset Tokens from among these performers is given the Star Performer Award for that asset type. At the time it is awarded the player must have more assets of that type than any other player.

A player keeps the Star Performer Award until either of the following occurs:

Star Performer Awards may be given at the beginning of the game if, after the distribution of Asset Tokens, some players have 3 or more tokens of the same kind and no other player also has the same number of those tokens.

Star Performer Awards are placed in front of the player, along with their associated Asset Tokens, so that the other players can see them.

Emperor Medals are collected in the following manner:

By collecting a Special Event Token (Emperor and Additional Actions) that can be exchanged for an Emperor Medal. Emperor Medals are collected as long as they are available.

By playing 1 Emperor Medal a player can do one and only one of the following:

By playing 2 Emperor Medals, instead of the 3 possible actions described above, a player can make a second investment during the investment phase.

Once earned, Emperor Medals can be used immediately during that phase or kept to be used later. 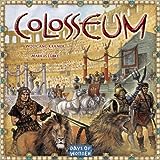