Clans of Caledonia is a mid-to-heavy economic game set in 19th-century Scotland. At this time, Scotland made the transition from an agricultural to an industrialized country that heavily relied on trade and export. In the following years, food production increased significantly to feed the population growth.

Linen was increasingly substituted by the cheaper cotton and raising sheep was given high importance. More and more distilleries were founded and whisky became the premium alcoholic beverage in Europe.

Players represent historic clans with unique abilities and compete to produce, trade and export agricultural goods and of course whisky!

The game ends after five rounds. Each round consists of the three phases:

The game comes with eight different clans, a modular board with 16 configurations, eight port bonuses and eight round scoring tiles. Clans of Caledonia is a strategic economic game set in 19th-century Scotland.

During this period, Scotland made the transition from a predominantly agricultural economy to an industrialised one, heavily reliant on trade and export. As a consequence, food production increased to support the growth in population, cheap cotton imports increasingly replaced linen, and raising sheep gained importance.

When European wine and brandy production was ravaged by a plague of insects in the late 19th century, Scotch whisky was drafted as a substitute for cognac. The whisky industry exploded into life, turning it into the premium alcoholic beverage in Europe. â€¦

Several members of this clan were prosperous 'Tobacco Lords' in Glasgow. Most of their tobacco imports from the United States were immediately re-exported to mainland Europe. Buchanan Street is one of the main shopping streets in Glasgow and was named after a wealthy Tobacco Lord, Andrew Buchanan, who owned the land it was originally built on. Manipulate the price of one Good by three steps on the Market before trading this Good. â€¦

Links for Clans of Caledonia 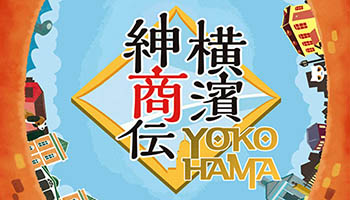