1303. The war against England is over but Guyenne remains theirs. The castle of Caylus, located close to the border, must, therefore, be reinforced and modernized.

As a master builder, you will supply the construction site with materials, food, and the workforce. Construct buildings, recruit powerful characters, and manage as best as you can your workers to become the most prestigious builder of Caylus.

Players' Houses and Workers are limited in quantity, i.e.:

Resources and Prestige Points are unlimited.

Over a series of 9 rounds, players will gain Prestige Points by developing the city and assisting in the construction of the Castle of Caylus. The player with the most Prestige Points at the end of the game is declared the winner.

Place the game board in the center of the table. Shuffle the 9 starting Buildings, then randomly place:

can never be placed on the Road at the beginning of the game (should this happen, draw another Building tile).

Place the 7 Monuments next to the board.

Place the Provost just before the

space on the Road 7.

Place the Round Marker token on space 1 8.

Place the Resources and the Prestige Points (faceup) close to the board to form the supply 9.

Each player chooses a color. They take the corresponding Houses and place 1 of them under the Guilds Bridge 10.They also take Workers in their color. The number of Workers is based on the number of players:

The remaining workers are placed on the Camp 11.

Choose a first player at random and give them the First Player tile. Shuffle the Character tiles and draw as many as there are players + 3 (return the remaining Characters to the game box as they will not be used again).

Starting with the last player and continuing counter-clockwise, each player chooses 1 Character tile that they place faceup in front of them. The remaining 3 Characters are placed on the board 12.

And last, each player takes 2

Note: During the game, the players' Workers and Resources must be visible to all players. However, keep the Prestige Points you gain facedown.

The game is played in 9 rounds. Each round is divided into four Phases:

Starting with the first player and going clockwise, each player, on their turn, performs one of the following three actions:

This Phase ends when all the players have passed their turn.

Example: On their turn, Blue chooses to pass their turn. Therefore, they place their House on the first available space of the Guilds Bridge.

As they are the first player to pass, they take the First Player tile. From now on, Black, Green, and Red will have to spend 1 additional Worker for each Worker they place.

Black chooses to pass as well, Green places 1 Worker (then pays the additional cost by returning 1 Worker to the Camp), and Red also passes.

Green is now the only one to play: they place 1 last Worker (and return 1 Worker to the Camp), then choose to pass. The order on the Guilds Bridge is: Blue, Black, Red, and Green.

Buildings are activated one after the other, going from the City Gate (on the lower left side corner) and following the Road up to the Provost. A player who has 1 Worker on an activated Building can apply its effect once. Then, they return that Worker to the Camp.

Important: NEVER return a Worker that was placed on the board in front of you.

Effects of The Buildings

Phase 3 - Delivery at the Construction Site

On their turn, the player decides of the number of bundles they will deliver. A bundle must be made of 3 different Resources, one of which must be^y. The player gains 5 Prestige Points per bundle delivered at the Construction Site.

Once all players have delivered their bundles, the player who delivered the most bundles during this round immediately gains 1 Favor (see below). In case of a tie, the tied player who first placed their Worker gains the Favor.

In that round, Green is the player to have delivered the most bundles at the Construction Site and gains 1 Favor.

Had Green chosen to deliver 1 bundle (and not 2), it is Red - who first placed themself at the Construction Site - that would have won the Favor.

When a player gains a Favor, they immediately must:

Players perform the following in the indicated order: they still have. The player who has the most Prestige Points wins the game. Tied players share the victory. 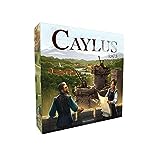