Catch the Moon Book of Figures

The ladder is supported by a single rung.

The ladder is inserted diagonally between two rungs. This position is stable.

The ladder is simply hooked over the end of a ladder and can freely swing from side to side.

The Sin of Pride

Three Crazy Diagonals in a row. Adding a fourth one really wouldn't be reasonable!

Interlocking a third ladder in The Swing will stabilize it.

The ladder is raised in a vertical position at the top of the structure. This figure is the most direct method to reach the Moon.

Walker The ladder is balanced to the disadvantage of future climbers.

Taboo in certain circles, this inelegant figure consists of placing a ladder directly on top of another. 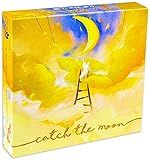 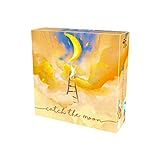