Shuffle both decks of cards before starting your game. Choose one player to start as the judge (i.e. oldest player).

The judge deals 7 caption cards face down to each player. Players may look at their own captions, but should keep them secret from other players.

When it is your turn to be the judge, you have the power to decide if you want to play the game by the rules, or if you want to change it up for your round!

Here are some fun ways to make your game more interesting!


Make your Own Caption:

Each player must write their own caption for the picture card. The judge's choice of best caption wins!

The judge will countdown the amount of seconds players have to place their caption card on the table.

If you don't get your caption card down in time, you are disqualified from the round. The judge can choose 15 seconds, 10 seconds, 5 seconds, or even less time!

In this game, the odds are either for or against the judge! The judge will chose the winning caption card and then guess which player played that card. 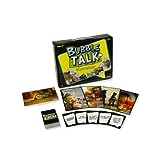 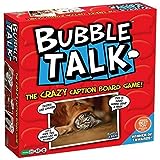