Find as many words as you can in the 4x4 letter grid. To win, be the player with:

Or practice by yourself to beat your personal best.

Each player should have a pencil and a piece of paper Drop the letter cubes into the dome and place the yellow cube grid, open side down, over the dome.

Turn the domed grid right-side up, shake the cubes around, and move the grid until each cube falls into place. As one player removes the dome, another player starts the timer.

Players sit around the table so that everyone can see the Boggle grid when it's in play. Each player will need a pencil and paper (not included).

When the timer starts, each player searches the assortment of letters for words of three letters or more. When a player finds a word, he/she writes it down.

Words are formed from adjoining letters. Letters must join in the proper sequence to spell a word. They may join horizontally, vertically, or diagonally, to the left, right, or up-and-down.

No letter cube, however, may be used more than once within a single word.

Search the assortment of letters for words of three or more letters.

Words are formed from letters that adjoin in sequence horizontally, vertically or diagonally in any direction. No letter may be used more than once within a single word. When you find a word, write it down. Keep looking and writing until time's up.

If there's a letter with red around it in your grid, you'll score double for words you make that include this letter.

Figures 3, 4 and 5 show how words may be formed using the adjoining letters S, O, L, I.

Try your skill at finding the hidden words in the grid above. There are more than 70, including molar, prose and turmoil. Can you find more?

Any words (noun, verb, adjective, adverb, etc)., plural of, form of, or tense is acceptable as long as it can be found in a standard English dictionary.

When time runs out, the timer light will stop flashing red and make a soft beep. All players must stop writing. Each player in turn then reads his or her list aloud.

Important: Any word that appears on more than one player's list must be crossed off all lists - and no one gets credit for it!


Double the score for any words that included a bonus letter!

The winner is the player: 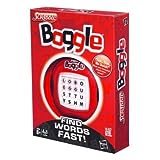 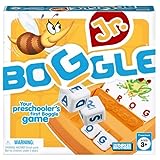 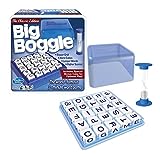