Ever since 1180, for seven long centuries, the Old Ones held full sway over the riches of the earth and the affairs of humankind.

All that changed in 1888. For in that momentous year, Sherlock Holmes and a clandestine fraternity of intrepid Victorian heroes succeeded in vanquishing these monstrous tyrants and driving them from their lands.

Humanity had triumphed, but the countries of Europe and America were in a terrible state, the land was poisoned and food shortages were a constant scourge.

Other parts of the planet had not yet been explored, as the Old Ones had enforced a draconian ban on travel. Humanity, enjoy- ing its new-found freedom, sent ships out to explore the world.

A vast new continent was discovered on the far side of the world. At first called Terra Australis, it quickly became known as Australia.

Intrepid prospectors and surveyors came to explore the new continent. They were followed by pioneers and settlers who constructed ports and built railways into the vast interior, developing farms and shipping the produce back to the hungry masses they had left behind.

Untold riches in coal, iron, and gold were discovered in the hinterland. But that was not all that awaited them ...

There was a reason why a ban existed on exploring this part of the world. Unbeknownst to all, hidden in the outback of the land, the Old Ones had established secret bases

Following their defeat, the surviving Old Ones and some of their loyal human allies had made their way to their holdfasts in the arid plains beyond the Great Dividing Range.

As the colonists spread, the Old Ones began to stir, hell-bent on driving these irksome intruders back into the sea. Terrible creatures bred by the Old Ones started to move across the land, destroying everyone they encountered, blighting everything in their path.

Faced with this horror, the new 'Australians' pinned their hopes on the one advantage they had: the power of their modern military technology, which was so much more advanced than in 1888, when mankind was last called upon to face against the Old Ones.

AuZtralia is an adventure/exploration game for 1-4 players set in an alternate reality 1930s. The theme is inspired by Martin Wallace's A Study in Emerald.

Following the Restorationist war, the northern hemisphere lands lay poisoned and starvation was the norm. Intrepid adventurers set out to explore and settle new lands.

Little did they know, after the war, the surviving Old Ones and their remaining loyal human armies made their way to the outback of Australia to lick their wounds.

Everything you do in the game costs time, which is one of AuZtralia's most valued resources.

At a point in time, the Old Ones will wake up and become an active player. They begin to reveal themselves and move, with potentially devastating outcomes.

You'll need to prepare wisely for the awakening and may have to co-operate with others to defeat the most dangerous Old Ones.

Military units will help you to locate, fight and defend against the nightmarish beings that may be lurking on your doorstep. As well as hardware, you'll need to recruit some Personalities who have the skills and resources to help you.

Riches from the land, mixed with darkness and insanity await you in the outback. Will humanity prevail or will the Old Ones wreak their revenge? 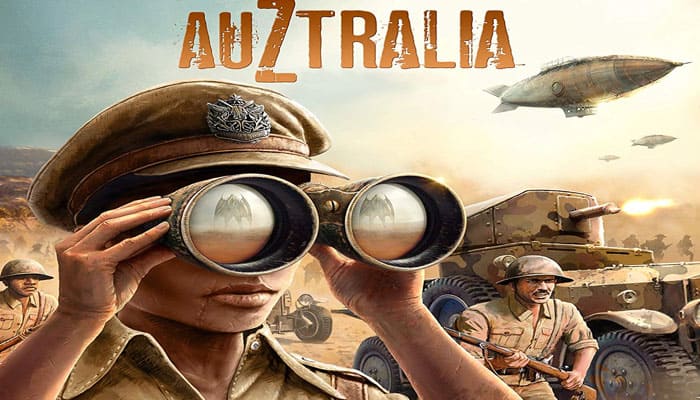 AuZtralia is a military/economic/adventure game for one to four players. You start with a port on the coast of Australia. From there you will build railways into the hinterland, to allow you to mine resources and establish farms. You have a Player Board that represents the resources and military units that are present in your port. …

When you Recruit Help, you place the card in front of you. Each Personality card will inform you how it is to be used.

Persistent - The effect described on the card is ongoing in nature. (P)

Once per combat - You can only use this effect when you are in combat. When you apply the effect on the card, rotate or flip it to show it has been used. Return it to its original state once combat is concluded. (C) …

The Old Ones of AuZtralia

The Great Cthulhu was the only Old One not accounted for in the Restorationist War.

Many suspected that Cthulhu had retreated to the frozen wastelands of Antarctica (another region that humanity had only recently discovered).

However, events in Australia were to prove to the contrary. With his giant octopus-like head and humanoid stature, Cthulhu is the Old One most feared by the settlers of Australia.

These were, and continue to be, the builders of the Old Ones.

They are also fearsome creatures in their own right, a nightmarish amoeba-like being with no defined form. One could say they were made from the very fabric of madness. … 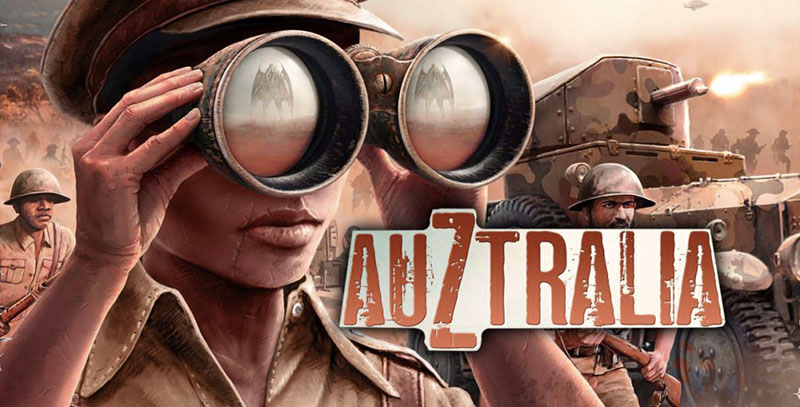 Note: In solo mode, hex number 14 is NOT always surveyed, i.e. no Survey tile is placed there during setup, unless specified.

Choose, or select at random one of the Solo Objective cards. …