To be the first player to line up four consecutive pawns of your color in a row-horizontally, vertically or diagonally. Pawns may be square or round, or any combination of shapes. You win by lining up colors, not shapes.


How Pawns Move and Jump


Preparing for the Next Game

Look for and make multiple jumps in order to learn the reactions of as many spaces as possible.

If, for example, you had made the move in Figure 2, you would know whether you needed a round or a square pawn to achieve your color in Spaces 1 and 2.

A Move Is Final

Once a pawn is played, the play may not change the move. A multiple jump move must be played out to its announced end.

Line up four consecutive pawns (square and/or round) containing your color, in any direction-and win. Touche!

Red is the winner of this sample game. 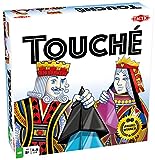 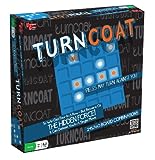