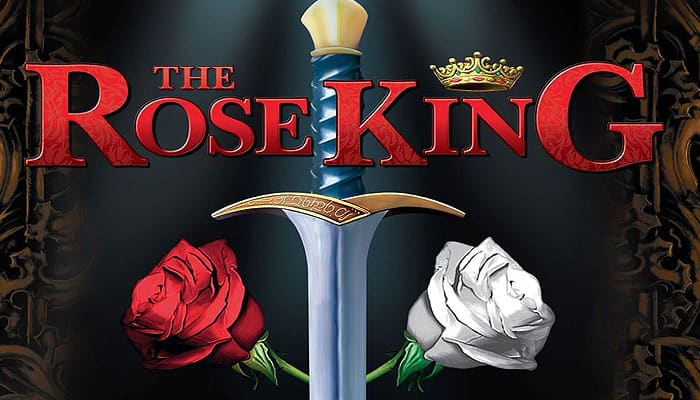 The players assume the roles of the royal houses of Lancaster and York, who fought the War of the Roses (both sides sported a Rose on their arms) between 1455 and 1485 for control of the throne of England. Each will try to bring the largest areas under their control.

The winner of the game is the player with the largest contiguous areas marked with his color of Rose.

Each turn, the player whose turn it is must choose one of the following three possible actions (explained below, one at a time):

Zugzwang! (There is no concise English phrase for this word. Zugzwang is when a player finds himself in an unfavorable situation and has no decent option. This is a very useful gaming word, though difficult for Americans to pronounce correctly).

If a player cannot take any of the three actions listed above, he must pass his turn. His opponent takes another turn, and will continue to do so until the other player has a legal move.

The following rules govern the movement of the crown marker:

Place the power card on a discard pile and do not draw a replacement.

Instead of playing a power card, you may draw a power card from the draw pile. You may only choose this option if you have fewer than five cards.

When the last card is drawn from the pile, shuffle the discard pile and create a new draw stack with it.


3. Play a Hero Card and Power Card Together

Use of a hero card allows you to turn over a previously played powerstone of your opponent. This is accomplished by playing a power card into the discard pile, as in option (1), and discarding a hero card [into a separate discard pile - they do not reenter the game once used].

In both cases the game ends immediately.

Each player now figures the values of their territories.

A territory consists of one or more spaces containing your powerstones connected across at least one side. Spaces adjacent only diagonally do not count as connected - they must share an edge, not just a comer. Multiply the number of spaces in a territory times itself to get the value for that territory.

Tip: to make it easier to count points, remove powerstones from territories of the same size for each player. T

The Game with four Players:

Partners sit opposite each other - one team will have to play sideways relative to the board. Be sure to keep your power cards in the same orientation as the board, however - the crown on the north side of the cards. Partners are not allowed to communicate about their moves.

With 4 players, each player gets 3 power cards and 2 hero cards. Power cards are still face up on the table, as in the two-player rules. 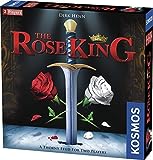