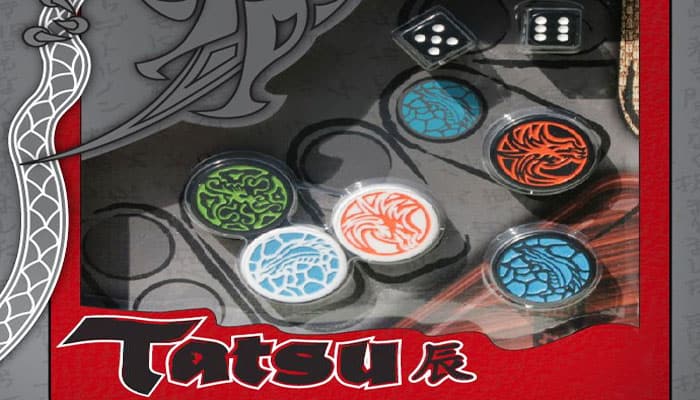 Place the board in the center of the table so that the Mat on either side of the board is directly in from of each player.

Players should then take all the Dragon stones of their respective color (black or white) and place 3 Vine Dragons (green) on their side of the board, onto the inner ring of the Arena, just above the Arena entry points marked 1,2 and 3.

Their remaining Dragon stones; 3 Water Dragons (blue), 2 Fire Dragons (red), and the one remaining Vine Dragon (green), should then be placed on the left side of the board, into their Tray.

Each of the different Dragon stones has a unique power that is used against the opposing Dragons to either: entangle, expel or destroy them.

When landing on an Arena segment occupied by an opposing Dragon, will entangle that Dragon holding it in place, until it either escapes or is released.

When landing on an Arena segment occupied by an opposing Dragon, will destroy the Dragon sending it to the aggressor s Dead Zone and out of the game forever.

There are two ways of winning:

Players take turns rolling the 2 dice and moving their stones around the inner ring of the Arena, from segment to segment. Black moves clockwise and white moves anti-clockwise, as indicated by the Dragon images in the center of the board.

Stones may pass an Arena segment that already contains two stones but must still count that segment as part of the move.

Players may choose to move one or two stones on their turn, using both dice for one stone or one each for the two stones.

They may not move it the total of both dice as one move; each of the dice must be used individually.

Trapping your Own Stones

When finishing your move on a segment occupied by one of your own stones, your stone comes to rest on the outer ring of the Arena segment and the stone on the inner ring is considered held, unable to move until it is released.

The power of your outer stone does not affect your inner stone apart from holding it.


Recruiting Stones From your Tray

When ending a move on one of the six corner segments of the Arena, you recruit the Dragon stone depicted on that segment if available from your Tray.

Recruited stones are placed on your Mat and remain there until they are ready to be used.

Moving From your Mat to the Arena

You may use one or both of your dice to move stones from your Mat onto the Arena. The die moving the stone must have a value of either one, two, or three and the stones must be moved onto the segment corresponding to that value, depicted by the numbers at the Arena entry points.

You may not move a stone into the Arena onto a segment that already is occupied by two stones.

When moving onto an Arena segment occupied by one of your own stones, the first stone is considered held as explained earlier.

When moving onto an Arena segment occupied by an opposing stone, the opposing stone is affected by the power of your Dragon stone, either destroying it, expelling it back to their Tray or entangling it.

Note: After expelling or destroying a stone, always remember to move your own stone onto the inner ring of that segment.

To escape an entanglement from an opposing Vine Dragon, you roll the dice as normal and use the smallest die value to move your stone (if you rolled a double then use either die to move your stone), the second die is not used as it represents the energy used for the escape.

Remember again to move the stone left behind onto the inner ring of that segment.

Note: You may not use this method to release your own stones from a friendly hold, friendly stones can only be released by moving your outer stone.

If you can move or enter the Arena, you are compelled to do so, but you are free to use the dice in any order you choose, potentially creating a situation where you cannot use your second die.

It may also be that sometimes you cannot move with either of your dice, so in that case, you pass without moving and your opponent plays again.