Roll for the Galaxy Clarifications

Advanced Logistics: Use this power as many times as you wish during Explore, but not after a tile draw by Alien Research Team. When doing Explore with strict timing, you may only use this power during your turn to Explore.

Alien Research Team: Draw its extra tile(s) after all players have done their tasks, before returning any abandoned tiles to end the phase. Also see the Alien explorer and symbols questions in the Development Powers section.

Biological Adaptation: This is not a Reassign power (even though it contains the "Reassign" keyword).

Free Trade Zone: For example, a 3-cost or 4-cost gray world would cost 2 (unless you also had Replicant Robots in tableau, in which case either of these would cost 1).

Galactic Reserves: This power has a continuing effect; once built, you may ignore the restriction that each (non-gray) world can have at most one good. Instead, each of your (non-gray) worlds can have up to two goods (of either the same or different colors). Each good still requires 1 shipper to Ship.

Mad Scientists: If no one has any Novelty worlds, this does count as "tying for most", so you may use this power to Reassign 1 die.

Organic Shipyards: One of its extra shippers being a Genes die matters only if you use it to Consume a good from a Genes world.

Space Tourism: If there are multiple worlds tied for highest cost, you get the extra $1 only if you own all of them. Use only the printed, not discounted, costs when determining the highest-cost world. 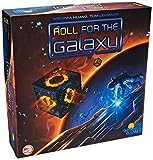