Poker is the world's most popular card game. More than 100 million people in the world enjoy playing poker on a regular basis.

With poker, you don't play just your cards, you need first to analyse and react to your opponents. It is a social strategy game and combines strategic challenges with psychological elements.

Many people tend to have a wrong perception of what poker is all about. Some think poker is all about bluffing, others think it is all about luck. Some might still see poker as a gambling game played by criminals in obscure places. Others might perceive poker as an easy way to make a fortune since that guy on TV could do it too.

So, what is poker?

Poker is a game of decisions. And the better the decisions you make are, the higher will be the likelihood of you ending up as a winner.

One of the key skills most expert players have is the ability to read their opponents at the table. You should not only watch your opponents's body language but also their habits, tics and behaviors. This will help to make better decisions win more often.

There are many different skills you need at poker: knowledge of basic strategies, analysing your opponent, mathematical considerations and much more.

Sometimes the optimal play is a mathematical exercise such as calling all-in on a draw with the correct odds to do so.

Other times the optimal play will be a matter of narrowing down your opponent's range of hands based on the cards that were exposed before and analysing their reactions to your decisions earlier.

Poker is all about anticipating. This requires a lot of discipline, patience, guts and maybe even a lifetime to master.

Even if you play optimal and even when you have a strong hand, your opponent might still be able to get a better hand. That's the element of chance in poker.

This element of the game is sometimes is the determining factor and you can't control it.

Luck and chance can make even a professional lose from a beginner. But most of the time, it won't happen.

There is always a discussion whether poker is game of chance or a game of skill. Only one thing is sure, both elements, skill and chance, are represented in poker and none has the upper hand.

For a beginning player, the influence of chance on results will be more important than for a regular or expert player.

The influence of chance on results will be less important for someone that plays conservative, than to someone who takes easy risks, for them poker becomes more gambling.

On the other hand, there exist many professional poker players who earn their living with poker. This would never happen if it was just a game of luck.

As in every card game where players get cards from a shuffled deck of cards, there is of course luck involved. But in the long run, the luck in poker equals itself out.

If you play 1000 hands, luck will play a much smaller role than it plays in a single hand.

The history of Poker is thought to have evolved over more than 10 centuries from various games, all involving the basic principals of ranked card and the use of "bluffing" to deceive opponents.

One popular belief is that a game similar to poker was first invented by the Chinese around 969 AD. Later the French game named "Poque" and the German game named "Pochen" became very popular in the 17 and 18th centuries. Three cards were being dealt to each player. Bluffing or betting high stakes whilst holding poor cards to deceive opponents was an integral part of the game.

During the Wild West period of United States, a saloon with a Poker table could be found in about every town. The game became extremely popular during the Civil War when the soldiers of both armies played much Poker.

In just over two centuries, poker has never looked back. Its popularity has never been as widespread nor as quickly growing as it today. 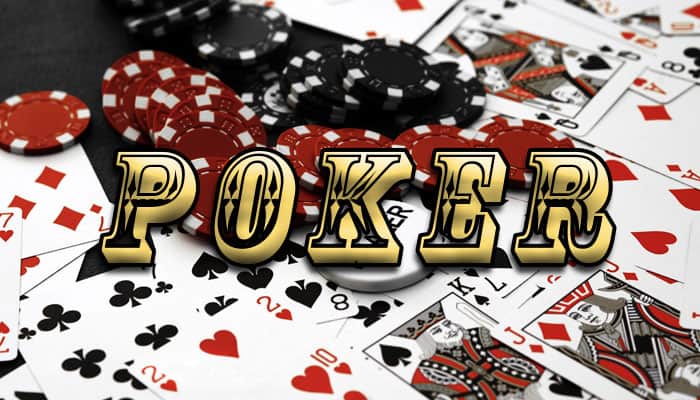 There are four suits (spades, hearts, diamonds and clubs), but no suit is higher than another. Texas Holdem is played on a single table with two to 10 players.

Each player is dealt two private cards (known as "hole cards") that belong to them alone.

Five community cards are dealt face-up, to form the "board".

A player may use these shared the cards of the board in conjunction with their own hole cards to make their highest possible poker hand.

The structure of Texas Hold'em can be broken up into three divisions:

The goal is simple: win as many chips as you can, one pot at a time. You win this pot by having the best hand or by having all other players fold before the showdown. … General Rule: When hands tie on the rank of a pair, three of a kind, etc, the cards outside break ties following the High Card rules. Tell me what hands you have in Poker? I Have a Good Hand