1 Shuffle the 64 building and mob tiles and divide them into 16 face-down stacks of four tiles each. Lay them out in a 4 by 4 grid, with enough space between the rows for your game pieces to move between them.

2 "Shuffle the 16 colorless weapon tokens and place one, face down, at the ends of each column and row to form a six by six grid. (Leave the corners empty)."

4 Each player chooses a color (red, blue, yellow, or green) and takes the player board and game materials of the same color. Game materials include one game piece base, one experience counter, and five colored weapon tokens (one stone sword, one wooden sword, and three poisonous potatoes).

Hint: You can customize your characters by painting the 4 blank skins, or by putting your own stickers!

The player who most recently found a diamond in Minecraft is the starting player. When in doubt, the youngest player begins.

During your turn you must choose and perform two different actions. You cannot perform the same action twice. Once you have taken your actions, play proceeds to the left.

During the game there are three scoring rounds. The player with the most experience points after the third scoring round is the winner.

Take two blocks from the big cube. Blocks (materials) can only be collected if their top side plus at least 2 more sides are exposed.

As long as these conditions are met, you are free to choose any block from any layer, and from any side of the big cube. Add the blocks to your personal supply next to your player board.

First, move your character zero, one, or two spaces. "Spaces" are the crossing points in the grid of card stacks and weapon tokens. Never place your character on a card or token.

Next, reveal the top cards of the four corner stacks around your position. If some of them have already been turned face up, leave them revealed.

You must possess the necessary materials to build that structure. Return the blocks from your personal supply to the game box.

A green emerald block can be used to replace any other block. Take the building card from the grid and place it on any space on your player board.

Some structures need a lot of blocks, and have this icon in the top right corner of the card:

Not every card in the grid is a building - some of them are dangerous mobs (monsters)! If your character is next to a revealed mob card, you can attempt to defeat it.

To fight a mob, shuffle your face-down pile of weapon tokens and reveal 3 tokens. Count the number of revealed hearts and compare the sum to the number of hearts on the mob card. Poisonous potatoes have no hearts and count as blanks.

After the fight, shuffle your revealed weapon tokens back into your pile. You get to keep them. Put defeated mobs face-down next to your player board.

There are two kinds of mobs:

To collect a weapon token, your character must be next to it. Shuffle it into your pile of weapon tokens.

Note: You may look at your weapon tokens at any time, such as when checking to see if you have a chance of vanquishing a mob. Make sure to shuffle your pile after looking at the tokens.

Bow: During a fight, whenever you reveal a bow, you may immediately reveal 1 additional weapon token. If you own more than one bow, you have a chance to reveal 4, 5, or even 6 tokens during a fight!

Golden hoe: During a fight, whenever you reveal a golden hoe, you immediately gain 2 experience points.

Stone pickaxe: During a fight, whenever you reveal a stone pickaxe, you may immediately collect 1 block from the big cube. You still have to follow the rules for "collecting blocks" (see action 1 above).

Tnt: During a fight, after revealing your weapons, if you revealed a TNT token, you can choose to detonate it. If you do, count the 5 hearts on the TNT. Detonated TNT is removed from the game (put it back into the box). Otherwise, ignore the hearts. You get to keep the TNT.

When does the scoring happen?


How does scoring work?

The player who just finished their turn goes first. Choose exactly one out of the four characteristics on the current scoring card to gain experience points in that characteristic.

The game ends after the third scoring round. Now, it's time to score each mob in your collection with icons of the following type:

You gain that many experience points for each space on your player board with that characteristic.

Important: As opposed to the scoring rounds A, B, and C, the mob cards count all spaces of that characteristic. The spaces don't have to be connected.

During the game you defeated the following 4 mobs:

If you are playing for the first time, or with kids, there is a great way to simplify the three scoring rounds: Instead of counting the largest continuous group, just count all spaces matching that criteria on your player board.

That means less planning ahead, since you can place the building cards on any space of your player board. 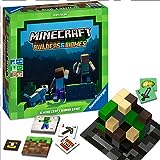