The first player to play out all of his cards collects all the chips in the center jackpot area.

Each player draws a card, and whoever draws the highest card becomes the dealer. (2 is low and Ace is always high in Michigan Rummy).

Before each hand, each player except the dealer places a single chip into each of the eight compartments and the bonus area in the center of the board.

The dealer deal's out all the cards in the deck beginning from his left by giving each player including himself, one card and addition dealing one dummy hand which is dealt at the end of each round.

It is not necessary for all players to receive the same amount of cards. The dealer has the right to either exchange the dummy hand for his own, providing his original hand does not contain any bonus cards (as illustrated on the playing board) or to sell the dummy hand to the highest bidder.

The player to the left of the dealer plays first. He can play any suit but must play the lowest card in that suit in his hand.

The player holding the next highest card in sequence in the same suit plays it, and so on, until the sequence is halted either by the ace or by a card in the dummy hand.

When the sequence ends, the player who made the last move begins the next series by discarding the lowest card in a suit of the opposite color of the last sequence. If he has no such card the turn passes to the left.

Example: A player played the black ten of spades. The sequence was halted because the Jack of Spades was in the dummy hand.

The same player, therefore, started a new sequence by leading his red three of hearts.

If by chance this player and no other player had a red card in their hands, the play returns to the first player who may then play a card of the same color.


A player may collect on a money card only when he discards that money card during the proper sequence of play.

Whenever he does play a money card, he collects all those chips in the designated compartment. Some money cards (7, 8, 9) of any suit or Q, K of Hearts must be played in sequence.

If a player leads a card which is not the lowest card in that suit, he must pay one chip to each player and may not collect for any money cards he plays following this error for the remainder of the hand.

If a player fails to play a card when he is able to, thus causing a sequence to end, he may not collect on any money cards he plays following this error for the remainder of the hand.

If the hand ends with chips, as those in the compartment to that player (if any) who still holds the money card. If the offender is the first to go out, he cannot collect any bonus chips, and the game continues.

The object is to discard all of ones cards.

The first player to play out all of his cards collects all the chips in the center jackpot area. Any bonus chip not collected at the end of a hand remains there through the next pot or pots.

At the start of a new hand, each player again places a chip into each compartment. In addition to the jackpot, the first player to go out collects one chip from each card they hold in their hands.

The chips in the compartment labeled "Poker Pool" are awarded to the player at the end of a game who has the highest-ranking poker hand composed of the cards remaining in his hand.

After the last pot, the chips remaining on the board are divided equally among player.

Note: Cards should be discarded on top of one another in front of each player and should not be looked through by any player. 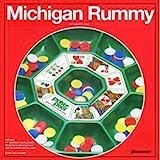 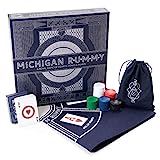