All prospectors start at the same small Trading Post. Little by little, they explore the unfamiliar landscape on the far side of the cliff and waterfall.

When they discover promising sites, they build canals and mines in order to dig for gold. The works can be used by all diggers.

The gold can be used to buy equipment that makes it easier to mine even more gold. The game end comes soon after all of the land has been explored or enough gold has been mined.

The player with the most gold at the end of the game is the winner.

Place the trading post at one edge of the gaming area. Separate the diamond-shaped river tiles and land tiles and the triangle-shaped land tiles, shuffle them and place each set of tiles in a separate face-down pile next to the dice, ice block and face-up triangle-shaped spring tile.

Place the supply of wares, raw materials and works face-up onto the table.

Mix up the round rivergold (green), mountaingold (grey), animal and event landscape markers and place them face- down nearby.


All of a prospector's possessions are stored on his inventory sheet. His inventory includes a backpack, a cart, room for gear and a bag for gold.

The backpack, which all players possess at the start of the game, has space for 6 raw materials. Timbers take up two spaces; food and tools take up one space each.

A cart, when purchased, gives a player an extra 4 spaces for raw materials.

From the beginning, prospectors have 6 spaces available for gear. This is where all wares and special wares are placed.

Wares (cart, horse, boat, rifle, axe, fishing rod, sieve, crate of dynamite) take up either one or two spaces and may be used as often as a player likes.

Special wares (whiskey, dried fish, stick of dynamite) take up one space and may only be used once.

If a prospector cannot store all of his raw materials and/or wares in his inventory, then, at the end of his turn, he must choose which items to discard and return to the supply.

The gold bag can hold as many face-down gold markers as required, each of which is worth between 1 and 4 gold nuggets.

At the start of the game, each prospector receives as starting inventory: 3 tools, 1 food, 1 timber and 2 whiskeys.

Play proceeds in clockwise direction. A player's turn consists of movement & exploration as well as performing an action, carried out in whichever order the player prefers.

A player may choose to skip any or all parts of his turn. Once the ice block is in the game, the ice test must be added to the end of each turn. The oldest prospector begins.

Prospectors move along tile edges, from one intersection (tile corner) to another. Tiles cannot be crossed, movement across the river is only permitted either by boat or via the two fords near the trading post by the waterfall.

On foot, a prospector may move either a) one edge length overland or b) two edge lengths along the river.

By boat, a prospector may move up to three edge lengths along the river and is permitted to travel along edges that cross it.

On horseback, a prospector . It__may move two edge lengths either overland or along the river.

A prospector may own both a boat and a horse. However, he may not use more than a single method of transportation (i.e. on foot, by boat or on horseback) during any movement phase.

When a prospector moves to an intersection that is still partially unexplored, he must end his movement and explore the land in up to 4 steps.

B. Performing an Action

A prospector may only perform one possible action during his turn. The action may be performed either before or after, but not during, movement.

A prospector may exchange a food marker for a green rivergold marker on an adjacent tile (tundra, lake or riverside) as long as water is present at the tile. There is, naturally, always water available along the river or at a lake; tundra must first be connected to a lake or river tile with a canal.

If the prospector owns a sieve, then he may take two green rivergold markers instead.

A prospector may exchange a food 'marker and a timber for a grey mointaingold marker on an adjacent mountain or the spring tile provided that a mine was built there earlier.

If the prospector owns dynamite, then he may take two grey mountaingold markers instead.

Summary sheets with gold costs are included with the game.

A prospector may spend any two raw materials to take an event marker from an adjacent tile. To do this on a triangular tile, he secretly looks at the markers and chooses one:

Gold is placed face-down onto the gold bag.

Wares are added to the gear area and used as usual.

Special wares are placed face-down onto a gear space. They may only be used once before being discarded. Types of special wares include:

Dried fish may be traded in for four food markers.

Dynamite permits a prospector to mine two grey mountaingold markers at once.

Whiskey permits either a second movement or second action phase. Only one whiskey may be used per turn.

Prospectors may use a fishing rod or a fish trap to catch one fish in the river or in lakes. They may also catch one fish without any equipment at tiles marked with a fish symbol.

The effects ofthe fishing rod, fish trap and fish symbol are cumulative, allowing up to three fish to be caught in a single turn. For each fish a food marker is placed into the backpack.

Prospectors may hunt animals located on adjacent tiles. Hunting is performed as follows:

The player rolls the die; an opponent rolls for the animal. If the player rolls a higher number than the opponent, then the animal is dead. The animal marker is removed from the board and the player takes, depending on the type of animal slain, between 1 and 4 food markers.

If the prospector possesses a rifle, then he adds 3 to his die roll.

The bear cave is the only location where a new animal marker is .placed after each successful hunt.

A prospector may cut down a tree in an adjacent forest and take one timber from the supply.

If he is at a sawmill or if he possesses an axe, then he takes two timbers instead. He takes three timbers if he owns an axe and is also at a sawmill.

A prospector may build certain types of works either at an intersection or within an adjacent tile. Works may be used by any prospector, regardless of who built them:

Building a fish trap at a river or lake intersectioncosts one tool.

Building a sawmill at a forest intersection costs one tool.

Only one work may be built at any intersection.

Building a canal to provide water Fwto a tundra or forest tile costs one timber. The timber is placed across the edge separating the two tiles. Mountain tiles cannot have canals built on them.

Building a mine on a mountain tile costs 1 tool, 1 food and 1 timber.

Prospectors may purchase as many wares as they can afford .at a trading post, provided that the items are in stock. Wares are paid for with gold nuggets. No change is given if a prospector overpays.

If an "X" is a component of an item's .price, then it can be paid by either one nugget, one raw material or one ware.

Summary sheets with ware costs and building costs are included with the game.

Once the ice block is in the game (see exploration), players must roll the die at the end of their turns. If a 5 or 6 is rolled, then the ice block moves one river tile downstream towards the wat

The game ends immediately if:

The winner is the player with the most gold nuggets in his gold bag at the end of the game. 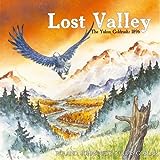 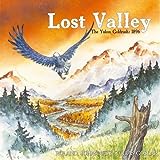