Judge for Yourself Game Rules 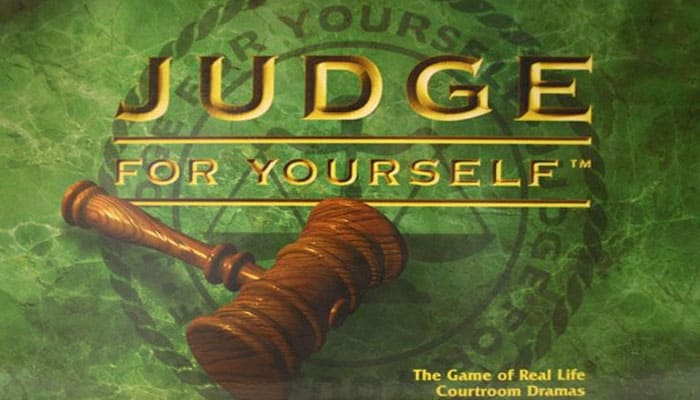 Be the first player/team to fill in the last box on your side of the scoring track by correctly solving the Judge for Yourself cases.

Note: You will need a pencil to keep track of each team's advancement on the scorepad.

Divide into two teams with as equal a number of players as possible.

One player from each team rolls the die to determine which team will be Team A (the higher roll). One Team A player rolls the die again; the number that shows is the number of points that will be awarded for that round.

That player draws a card and reads the CASE side aloud (make sure that Team B can't see the VERDICT side!).

The VERDICT on the back of the card is then read SILENTLY by each Team A player.

The answering team (Team B) can re-read the case and consult with each other before giving their verdict. Team A may enter into the discussion if they wish-trying to convince them to go one way or the other! Once Team B has announced their group verdict, the real verdict is read aloud.

If the answering team guesses correctly: it receives the points rolled for that round by placing an "X' for each point they received along their scoring track.

If they guess incorrectly: the reading team gets the points and marks the Xs along their track.

Note: The first "X" is marked in the box immediately above the "triangle" box and then the boxes are filled in counter-clockwise around the track.

The game continues with the two teams reversing roles: Team B reads the card while Team A comes to a group decision, and so on.

The first team to reach or pass their finish line wins. 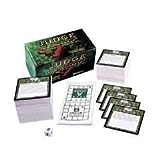