Be The Player With The Shortest Nose At The End Of Each Round.

A Wild Card takes the place of any other card. You cannot announce a Wild Card; you play the Wild Card and announce whatever card is in play. You are never fibbing when you're playing a Wild Card!

After all the cards have been played, the round is over. Players score 1 point for each nose they have on their glasses.

Keep a running total of each player's score per round. The player with the lowest score after playing five rounds wins! 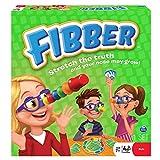 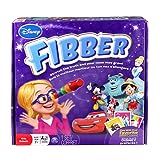