Dungeon Mayhem is a free-for-all battle for two to four players. Play as one of four different characters. Each character's tricks, gear, and skills are represented by a deck of cards.

Be the last player left standing and you win!

Everyone draws three cards, and the youngest player goes first. Here's what to do on your turn:

Did you play all your cards?

If you don't have any cards left in your hand, congrats! Draw two more cards.

Did you run out of cards in your deck?

No problem! Just shuffle your discard pile and start your deck over again.

Each player starts the game with 10 hit points. Whenever you play a card that deals damage to another player, they lose hit points (unless they have a card with a

symbol), you're knocked out.

Attack cards do damage to your opponents, and each character has their own unique attacks.

When you play an Attack card, choose one player (or Defense card) as the target of that attack. That player loses one hit point for each

symbol on the card (unless they have a Defensecard in play - see examples below).

Example 1:This Attack card deals two damage, which is just enough to destroy this Defense card. The Defense card goes to the discard pile.

Example2: This Attack card deals three damage, but this Defense card only has one

The Defense card is destroyed, and the target player loses two hit points.

Defense cards protect you by taking damage for you. Here's everything you need to know about them:

Playing Draw cards lets you draw extra cards. When you play a Draw card, put one card into your hand for each n symbol on that card.

Healing cards let you recover from damage. When you play a Healing card, you get one hit point back for each «• symbol on that card.

Play Again cards let you play more cards on your turn. When you play a Play Again card, you can play one extra card for each @l.jpgsymbol on the card.

Remember, the extra cards you play for each

symbol on the cards you have used that turn. If you play all the cards in your hand before finishing your Play Again action, draw two more cards from your deck and keep going until you finish.

Some cards have more than one kind of symbol on them. When you play one of those cards, you get to use all the different symbols!

Each character has some special abilities that are unique to that character. When you play one of these cards, just do whatever the card says!

Use your cards to deal damage to your opponents, and try not to take any damage yourself. The game ends when only one player is still in the game. That player is the winner!

Sometimes a card can knock out many players at the same time. If no players are left in the game, then it's a tie-so get ready to battle again!

Q: Can I use healing cards to get more than 10 hit points?


Q: If I play a card with a f symbol on it, do I have to play another card even if I don't want to?

A: Yes. You always have to play one card for each f symbol on the cards you have already played.


Q: If I use Azzan's mighty power to take a Defense card from another player, what happens if that player gets knocked out

A: You keep that defense card in play until it is destroyed, then give it back to the knocked-out player.


Q: If I use Oriax's mighty power to steal and play a card from another player's deck, whose discard pile does that card go into?

A: The stolen card goes into the discard pile of the player you stole it from. 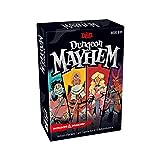 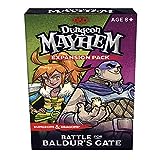