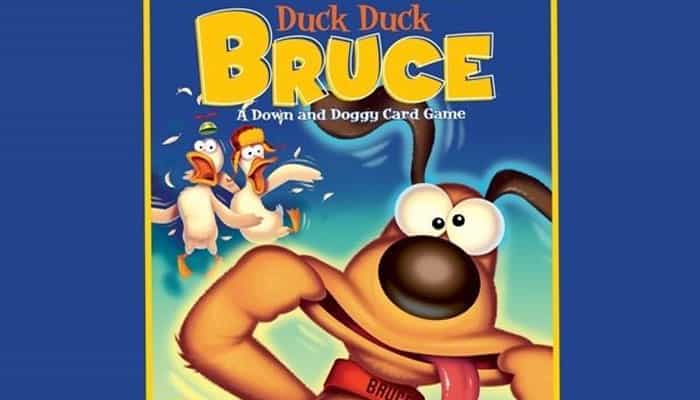 Score the most points by collecting the widest variety of high-numbered duck cards or by getting Bruce to help fetch opponents' duck cards.

Ducks are numbered from 1 to 4 but only the highest number in each collected suit counts at the end of a round.

Shuffle the deck and place it face down in the center of the playing area to form a draw pile. Place the die within reach of all players. Have a pen and paper handy for scoring.

The last person to feed a live duck starts the game and play proceeds clockwise. On your turn, take the top card from the draw pile and place it face up to the right of the pile to start a row. If the card is a duck, first say "Duck!" and then either:

Each time you reveal a duck card whose suit isn't already face-up in the row, you must choose to either continue turning over cards or end your turn by collecting the face-up row.

If you reveal a duck card that matches a suit already face-up in the row (the number is irrelevant), then your turn ends immediately and you lose all the cards in between, including the two that match. (Place them in a face-up discard pile to the left of the draw pile).

Take any remaining cards and add them face down into your nest. Play passes to the left.

The last card revealed matches one already in the row. Discard the two matching cards along with the one in the middle and add the remaining to your nest.

If you turn over a card showing Bruce, everyone shouts "Bruce!" then your turn end immediately and you lose all the face-up cards in the row. (Place them along with the Bruce card on the discard pile).

But now you have the opportunity to take cards from an opponent's nest! First, choose a player and declare how many cards you wish to take (from 1 to 3). Then roll the die. There are three possible outcomes:


In any case, play continues to the left.

A round ends as soon as the last card from the draw pile has been revealed. (Whoever turned over the card can finish the turn). Turn over your nest and sort your ducks into suits according to color.

Then select the highest number card from each suit and discard the rest. (If you have duplicate high numbers in a suit, only keep one). Add together all of your highest numbers and note your total on a pad. The player with the lowest score begins the next round after the cards have been well shuffled.

Hint for young counters: Place all highest number cards in a row and count, from left to right, all of the ducks on the cards.

All duck cards are sorted by color suit. The total of the highest number cards in every suit = 17.

The player with the highest total score at the end of the game wins. A game may be played three ways: 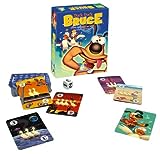 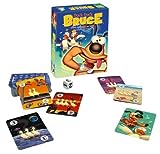