Count Your Chickens! is a cooperative game, meaning all players work together for one outcome-everyone wins or loses together.

You can help each other by counting aloud together the number of spaces Mother Hen moves and reminding other players what to do on their turns.

The Baby Chicks have flown the coop and are running loose on the farm! The object of the game is to help Mother Hen collect all her Baby Chicks and put them back in the coop by the time she reaches the last space on the board.

Open the board and lay it on a table or flat surface. Place Mother Hen on the Start space. Scatter the Baby Chicks around the farm, but not on the path. Place the spinner nearby.

On your turn, spin the spinner and move Mother Hen on the path to the next space that matches the picture on the spinner.

As you move Mother Hen, count aloud the number of spaces she moves.

Collect that number of Baby Chicks from anywhere on the game board and put them in the coop. It is now the next player's turn.

There are five blue spaces on the board that have a Baby Chick in addition to the picture.

If you land on one of these spaces, collect one additional Baby Chick and put her in the coop with the other chicks you have just collected.

If the spinner lands on the Fox, you must take one Baby Chick out of the coop and put it back on the farm.

If you spin the Fox before there are any chicks in the coop, nothing happens and it is the next player's turn.

When Mother Hen reaches the last space on the board, the game is over. 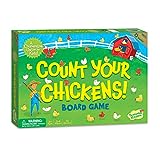 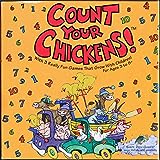