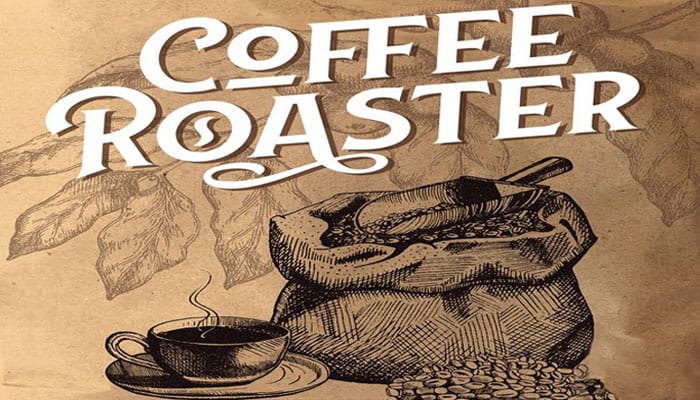 Coffee Roaster is a 1 -player board game. The player works a bean roaster to produce a coffee creation matching a target roast level. As beans in the bag are drawn they are roasted.

After a roasting is complete points are awarded through a cup test. Players earn points by roasting to the target roast level, retaining the natural flavor of the bean and evenly roasting beans.

Keep in mind the moisture trapped in the beans and the amount of smoke from roasting. Skillfully place the Body, Acidity & Aroma Tokens on the Roast Board and use the gained effects to guide the beans in the Roasting Bag to the desired blend.

There are 22 beans introduced in this game. In the Full Menu 3 of these beans will be roasted. Your point total with indicate your real ability as a Coffee Roaster.

In this game, there are two menu types to play.

Place the Cup Board next to the Roast Board. Place the Counter Cube on the 0 of the Roast Counter in the lower part of the board.

Choose a Bean for the current challenge from the Bean Sheets.

On the Bean Sheet in the cream-colored area the number of each token to be used is written. Place all of the indicated tokens in the bag.

Place the Roast Board in front of you and place the Turn Disc nearby (It will be placed shortly depending on the moisture level of the current bean).

Place the 5 Unique Effect Tokens and the Wild Flavor Token. Place each token on the corresponding spaces.

Place the Smoke Tokens on the spaces with smoke marks. Make Stacks of 2 and 3 on the respective spaces.

This concludes the preparation phase and now the game can begin.

During the game the tokens in the bag are taken out, processed and returned. This is a Roasting Phase.

This is repeated a number of times. After a turn the player may choose to finish or continue with another Roasting Phase. When the player decides to finish roasting they move on to the Cup Test and calculate their score and that concludes one bean challenge.


2. Pull Tokens From the Bag

If the number of tokens is less than the temperature gauge number then take all of the tokens from the bag and continue as normal.

The tokens that were removed from the bag must be processed in the following order.

Remove all revealed Moisture Tokens from the game.


The tokens are processed in order starting with 'a' and finishing with 'c'. It is not permitted to return to the 'a' step after starting the 'b' step.

About tokens that are removed from the game

In order to know what tokens remain in the bag any tokens removed from the game are not placed back in the box, it is recommended to place them out of the way, nearby, so they can be referenced.

About the Roast Board

When placing on the Left Half of the board the tokens are placed directly from the pool of tokens taken from the bag.

However when placing on the Right Half of the board the tokens placed there must first be used as one of the three Flavor Effects "Concentration", "Preservation", or "Dispersion".

Only after using the Flavor Effect of a Body, Acidity, or Aroma Token can it be placed on the Right Half of the Roast Board.

Tip: While roasting any one bean each of the Left Half's effects can only be used once. Placing on the Right Half is restricted to only Flavor Tokens who's Flavor Effect has been used.

It is important to keep the current bean's unique characteristics in mind while preparing for the cup test Every move from the initial roasting affects the bean's progress.

A. Using Immediate Effects (when Placing On The Left Half)


Placing on an Any-flavor Space

Spaces with all 3 Flavor Tokens shown are called Any-Flavor Spaces.Any 1 Body, Acidity or Aroma Token may be used on this space.


Immediate Effects At a Glance

There is no limit on the number of Flavor Tokens the player may use in any one turn.

When used for Aroma's Dispersion Effect then it must be aced as if it were an Aroma Token, so it can NOT be aced on a space only for Body or Acidity.

Stack any 2 Flavor Tokens and place them on the Right Half of the Roast Board. Only the Flavor Token which is on top is considered for the rules of placement. The Flavor Token on the bottom's type is ignored. This can be used if you can't or don't want to use a Flavor Ability.

Tokens other than Flavor Tokens (Bean, Smoke, Reject Bean etc) may NOT be placed in this way.

C. Increase the Level of Roast

Generally 1 rank is gained. All Bean Tokens that were neither placed on the board nor involved in a Flavor Effect are roasted and their rank is increased by 1.

In the red zones, the rank is increased by 2.

The 2 locations where Smoke Tokens were placed and the circle is red are the Red Zones.

The Hard Bean Tokens are an exception and they don't go up 2 ranks, but always become Roast-Level-0 Bean Tokens.

The Red Zone, called 'Crack' in coffee roasting jargon, is an important time in the roasting. It's important to keep these 2 spaces in mind when planing your overall roast strategy.

On the bottom of the Cup Board in the orange area is the Roast Counter for tracking the roast progress.

It represents the total level of roast contained in the bag. Each time a bean's roast level is increased move the Counter Cube along the appropriate number of spaces, and consult this when you're considering continuing roasting or moving on the the Cup Test.

If you ever go above 39 then just start again at the bottom using 0 to represent 40. (When not using the Roast Counter the game becomes more difficult. The player is free to choose to use it or not).

Note: In the rare case that the appropriate token is not available when increasing it's rank through roasting then that bean's level is not raised and it's returned with the others to the bag.


4. return tokens to the bag (ending the turn)

When all the Tokens have been processed then the turn is over. Any tokens remaining in front of the player are returned to the bag.

The Cup Test is used after roasting to check the flavor of the coffee that's been produced.

The round spaces of the Cup Board are filled, and when 10 tokens have been placed then the Cup Test is finished. Then we move on to scoring.

5. Finishing Roasting (on to the Cup Test)

When the Roasting Phase is finished, and the tokens have been returned the decision must be made to keep roasting or finish. The only time you can move on to the Cup Test is now, at the end of a Roasting Phase.


Continuing (on to the Next Turn)

If you choose to continue Roasting then begin the next turn starting at the "Advance the Turn Disc" step.

At most you can only continue to the last roasting step (14 of the Temperature Gauge). At the end of that turn you must move on to the Cup Test.


Finishing (Advancing to the Cup Test)

When you decide to finish roasting then you advance directly to the Cup Test.


Unique Effect at a Glance

Understanding the special characteristics of the current bean, the current condition of the contents of the bag, and collecting some Unique Effect Tokens to prepare for the Cup Test are all important aspects.

If you've acquired any Unique Effect Tokens then they will be used during the Cup Test.

Important: Regardless of whether these Unique Effect Tokens were used or not during this Cup Test, they can not be held over for the next Cup Test.

After this Cup Test is finished all of the Unique Effect Tokens are removed from the Cup Board and returned to the appropriate spaces of the Roast Board.

Points are awarded in 3 different ways.

These points are added together and any penalties are subtracted then a score for this bean challenge is determined.

If you collect many beans of the same level of roast then you earn additional points.

The Flavor Token symbols drawn there are the desired Flavor Tokens to have in the Cup Test. If you have 1 of those tokens placed in the cup you get 1 point, 2 is 3 points, 3 is 6 points, and if you get 4 required tokens then you earn 10 points.

Flavor Tokens placed in the cup other than the target tokens don't earn any points. More Flavor tokens of one type than the number written also doesn't influence the amount of earned points. (The Wild Flavor Token can be used for any Flavor Token (Body, Acidity or Aroma Token).

However, it cannot be used as a Sweetness Token.

Tokens of the types in the box below become minus points if they are in the cup.

Tokens in the tray or extra tray never affect your score.

In the following cases a minus point penalty is incurred.

You will play 1 bean from each group in order: Group 1,2 then 3. The difficulty level of the bean is decided based on your previous bean's Cup Test score. If you score 9 or less points then the next level will be Beginner Level.

In case of a score of 10-14 points the next level will be Advanced Level. 15 points or more and you must play the next bean on the Expert Level.

To start a Full Menu on Group 1 's Expert Level you must have previously achieved the rank of Middle Level Roaster (see page 16) or higher.

After you've achieved the rank of Middle Level Roaster or higher, even once, then you are always free to start on the Expert Level of Group 1 's Bean.

While being high grade and having few defective beans, the roasting window for getting a delicious taste is very short, and all of them are extremely difficult beans to roast.

However when the level of roast is just perfect you can get an amazing flavor rich in charm that is impossible to get from a standard quality bean.

All 5 of these beans are included among the expert level beans. They must be skillfully roasted, but if you want to earn a high score and aim for the title of Meister then these specialty beans are the ones to try.

The game finishes after 3 bean challenges.

Write the total for the 3 Cup Tests in the appropriate space on the score sheet.

Based on your total score your rank is found from the following chart. The rank you achieved is your current competency as a Coffee Barista.