Be the first to move all your pegs across the board to occupy the star point directly opposite your starting point.

Choose a set of 10 pegs of the same color and place them on one of the star points. When 2 play, players take opposite points; when 3 play, every other point, and so on.

Choose a player to go first. On your turn, move any one of your pegs by the movement rules described below. After you move one peg, your turn is over. The game continues with players alternating turns.

If there is an even number of players you may choose partners. If one partner finishes first, he or she may use their turn to help the unfinished partner move their pegs.

The first player to move all of their pegs into the star point directly across from their starting point wins! 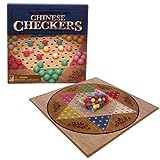 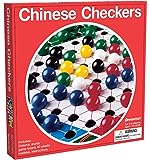 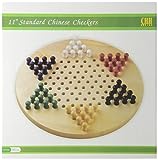