The First Time you Play

Remove the cardboard strips on either side of train tracks as shown.

Refer to the image below to set up the game.

Place the die in the pocket under the train. The train can start anywhere and go in either direction.

Be the first player to collect a candy token from each train station (one of each color).

Youngest player goes first. Play then passes to the left.

If you're the first player to collect a token from each station, you're the winner!

Collect the highest number of candies shown on your tokens.

Play the same as the easy game with these exceptions:

Count the number of candies on your tokens. If you have the most, you win! 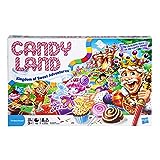 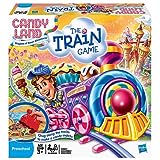