Bunco is a light-hearted, friendly game of rolling three dice. It's fun to ring the bell each time a "Bun- co" is rolled or when a player reaches "21".

You'll find everything you need to play Bunco in this package-9 dice (3 of each color-red, white and blue), a two-sided score pad and a silver-toned game bell.

A full Bunco party with 12 players is loads of fun; rules for Party Bunco are included. And for the many times when fewer Bunco players are present, rules are provided for 2-11 players as well!

To have the highest score at the end of six rounds of play.

Bunco: A three-of-a-kind of the number that cor- responds to the round (three "1's" in Round One, three "2's" in round Two and so on). This is often called a "true" Bunco. A true Bunco immediately ends the round and scores 21 points.


Low Bunco: A three-of-a-kind that is lower than the number of the round (3's, 2's or 1's rolled during round 4, for instance). Low Buncos score 7 points.


High Bunco: A three-of-a-kind that is higher than the number of the round (5's or 6's rolled during Round Four, for instance). High Buncos score 5 Points.

Appoint a scorekeeper who will record scores on both sides of the score sheet. Place the bell in a location where all can reach it.

In each round, players hope to roll the same number as the number of the round (for example in Round One, the target number is 1). No other number will score (except when a Low Bunco or High Bunco is rolled).

The scorekeeper begins by ringing the bell to signify the start of the round. This player then rolls all three dice and looks to see if any of them come up "I".

The round continues and the player rolls again. The round ends, as usual, when a player accumulates 21 points.

A player is always entitled to ask the scorekeeper how many points she has accumulated. The scorekeeper announces when a player reaches or surpasses 21 points. The round ends. This player rings the bell to celebrate her win!


On the Master Score Sheet side, the scorekeeper re- cord's the round's results. (Each player's name should be written on a line). The player who won Round One gets a "W" recorded in her row in column #1. If this player has rolled a true Bunco, a "B" is also recorded.

Starting the Next Round

The player to the left of the round's winner picks up the dice and rolls first to start Round #2. Play contin- ues until a full "Set" has been played (all six rounds).

When the Set ends, the player with the most "W's" wins the game.

In a roll off, the first player to reach 5 points wins the roll off (points are scored for rolling the number of the round just completed, as well as for Buncos). To determine who goes first in a roll-off, each player rolls all three dice. High total will roll first ( but does not score for this roll).

Note: for a quicker game, make 11 points the goal to win each round.

Bunco is a lot of fun to play when a full compliment of 12 players are present. Players will move from table to table after each round.

The bell is rung often. Prizes may be awarded (everyone chips in to cover the cost), and it is always a good idea to take breaks after each Set to serve party food or snacks.

Three tables, each equipped with one score sheet, pencil, three dice. The bell is placed on the "head" table. Only the Master Score Sheet at the head table will be used during play. The scorekeeper seated at this table for Round One should enter the names of all twelve players on the sheet.

Players sit four to a table. The person sitting across from you is your teammate. The Rounds sheet at each table will be used to record scores during each of the six rounds at that table.

The current table's scorekeeper enters the initials of each player atop the scoring columns for the round to be played.

A player at the head table rings the bell to begin the first round. The scorekeeper at each table rolls first. Play is just like in "One Table Bunco" (players at each table attempt to roll the current round's number). However, players sitting opposite are temporary teammates and their scores are added together.

The round ends whenever one team accumulates 21 combined points between it's two players. The scorekeeper announces the winners and the bell is rung at the head table to honor this team.

The other tables keep playing until there is a winning team at each table (ring the bell as each table win- ner is declared). Ring the bell three times to declare the round over after the third table completes the round.

Whenever a true Bunco is rolled at any table, the roll- ing players shouts out "Bunco!", the bell is rung three times, and the round ends at ALL tables. The team with the most points at each other table is declared table winner. If there is a tie, hold a roll off until one team scores 5 points.

The scorekeeper at Table One enters, on the Master Score Sheet, the results for all players for the just- completed round. A "W" is entered for each member of the winning team at each table: there will be six "winners" in all.

Only the player who rolls a true Bunco gets a "B" recorded in her scoring row (not her partner).


Moving to your new table

Once scores are tallied, players move. The two win- ing players at each table remain, but one of them shifts to a vacant chair at the table, in order to create all-new teams in the next round.

The head table rings the bell to begin Round Two.

The scorekeeper at each table rolls first, as usual. Continue playing until a full Set is completed. The winner of the Set is the player with the most "W's". If there is a tie, it is broken by the same procedure as in One Table Bunco.

For a longer party, take a break, serve some food, and then play a second Set. (Many Bunco parties go on for a third and final Set, as well). Feel free to copy the score sheets, if you run out, or visit winning-moves.com to download more for free!

Play is the same as for Party Bunco, except as noted below (mainly to accommodate and odd number of players). Whenever players are part of a team, their goal remains to score a combined 21 points.

When playing as individuals, their goal is to accumulate 11 points, to win the round at their table. 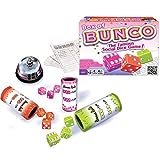 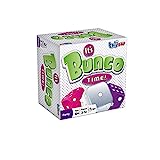