Bumuntu is a lightweight strategy game based on the culture and folklore of the Bakongo tribes. Descendants of the Kingdom of Kongo, the Bakongo people are the largest group of tribespeople in central Africa.

A common theme in African folklore is that animals are wise creatures who teach humans to do good and moral things. "Bumuntu" means "Civilization" in Kikongo, the most common language of the Bakongo tribes.

As a tribal leader, you will follow the guidance of the animals, journeying through the jungle in hopes of winning their favor.

At the end of the game, the leader who has accumulated the most favor wins!

A Few Notes About Movement

On your turn, you may move in one of two ways:

If you have any Food Chips behind your shield, you may discard any number of them to move your Tribal Leader Pawn that many spaces in the jungle.

All movement is up, down, left, right, or diagonal.


2a. Move one space in any direction

Move your Tribal Leader Pawn one space in any direction (up, down, left, right, or diagonal). Once you have done that, the turn passes to the next player.

2b. Move according to the animal you're on

If you are on an Animal Tile, you may move according to that animal's ability. Be sure to complete the entire animal's ability (including moving other players or tiles) before continuing.

Collect the animal tile that you used

Collect the Animal Tile that you just moved off of. Place this behind your Player Shield.

Every tile has a bonus symbol on it. If you've collected an advancement tile (with a solid dark background) or food tile (with the

symbol), you are able to take a Bonus Action after you've collected it. The Bonus Actions are as follows:

There are 16 advancement tiles in play (2 for each animal). When you pick up an advancement tile, you may affect the Favor Board by swapping any two adjacent Favor Markers on it.

Be strategic here, because the Favor Board will award points to players at the end of the game and this is your chance to help decide how much favor each animal will award.

Note: The top-most and bottom-most spots are not considered adjacent.

The game ends once all 16 advancement tiles have been picked up.

There are 32 food tiles in play (4 for each animal). When collected, players also take a Food Chip along with the tile.

These Food Chips should be kept behind your Player Shield and may be used on the first phase of future turns.


3. Turn passes to the next player

Your turn is over and the player to your left begins their turn. Players continue in clockwise order until all sixteen advancement tokens have been picked up.

You will notice two other types of tiles on the board: Nkisi (

). These bonus tiles do not give you a Bonus Action on your turn, but instead will be used in scoring at the end of the game (see Scoring).

The game ends once the sixteenth advancement tile has been picked up. The player who picked it up makes their final adjustment to the Favor Board.

Players should then move their Tribal Leader Pawns to the "0" space on the scoring track (on the Favor Board) and begin scoring. The player with the most favor wins.

The Favor Board is how most players will receive the majority of their favor. The animals in the "2 per" and "1 per" slots will offer that much favor for each tile of that animal a player has collected.

For the remaining spots, favor is awarded to the player(s) who have the most tiles of each animal.

The player with the most tiles of a given animal will receive favor equal to the higher number (with a gold background).

The player with the second-most tiles of a given animal will receive favor equal to the lower number (with a silver background). No other players will score points.


Ties are resolved as follows:


Players must have at least one tile of an animal in order to earn favor for that animal.

There are 8 Nkisi tiles in play (1 for each animal). When collected, players keep these tiles and they are scored at the end of the game. Nkisi offer favor to players based on the number they have collected throughout the game. This can be found on the chart here and on your Player Shield:

Nkisi are small, spiritual statues kept in the houses of Bakongo tribespeople. They are believed to bring good luck and blessings.

There are 8 Yowa tiles in play (1 for each animal). When collected, players keep these tiles and they are scored at the end of the game.

Yowa are religious symbols and are often found at prayer spots. The four points represent the four phases of the sun.

These animals will help you get around or manipulate the board.


These animals will let you "attack" other players or defend you from others' attacks. 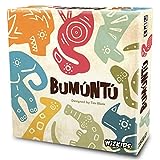 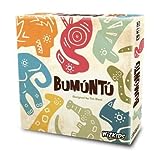