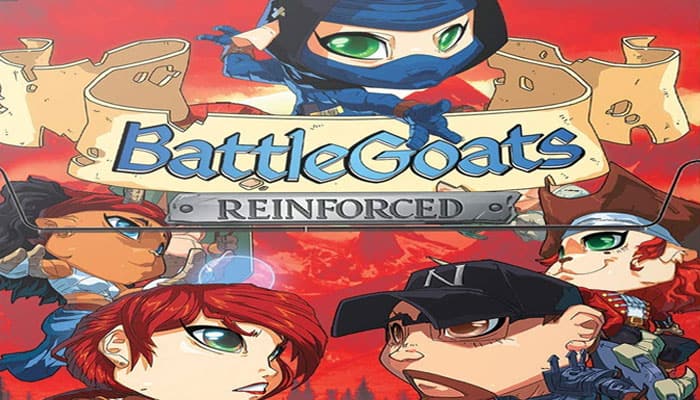 
The game includes 55 unique cards with 4 types, each with a specific icon and color:

Some cards have a bonus vs. a specific type. Each player gets a random Hero and recruits an army of goats to battle with. To build an army, there are two core methods of play.

All players are dealt 8 additional cards from the deck at random. Any cards not drawn are set aside and not used for that game.

After each player is dealt 8 random cards, they will then secretly select one of those cards to keep, and pass the rest face down to the player on their right. This continues until there are no cards to pass.

You can look at your own face down cards as often as you need to throughout the game, even after being placed on your battlefield; you just can't move them.

With 9 cards in hand, each player sets up their battlefield by laying the cards face down in a 3x3 pattern.

You can never have more than 9 cards on your battlefield.

The layout a player chooses depends on the cards they drew. If a card says it gets +4 for each card directly in front of it, you would want to place it in the back row.

Some cards get a bonus from "adjacent" cards. Adjacent means up, down, left, and right.

The player who finishes laying their battlefield out first gets to choose who will attack first.

To attack, choose one of your cards then select any one of any opponent's cards. Both cards are flipped over and the higher number after any modifiers wins.

Special abilities or modifiers are listed on the bottom of each card.

After the attack is finished, the winning card flips back over, and the defeated card gets moved face up to that player's discard pile.

If there is a tie, both cards are defeated.

Some cards have modifiers or abilities that affect "face up" cards. For a card to be considered face up, it needs to start the current turn flipped face up.

You may use a card to attack, or use its ability, even if it is face up. After attacking, it is the next clockwise player's turn. You must attack if able.

The player with the last card in play wins.

If both players are down to their last card and they are evenly matched (or the last card explodes), you may choose: 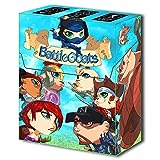